The portal is also ‘failing’ to provide access to justice as average settlement times are increasing, according to ACSO executive director

New data from the Official Injury Claim (OIC) portal, released today (11 July 2022), have shown a continued decline in the number of soft tissue personal injury motor claims being made through the system. 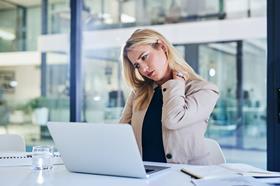 Read more… In Focus: The OIC portal one year on – success or failure?

According to this latest published data, the total number of claims submitted to the OIC portal since its launch on 31 May 2021 is 280,172.

Since its introduction, the OIC portal has drawn criticism from commentators in the insurance industry because of its perceived failure to reach its goals of allowing litigants in person (LiPs) to process their own whiplash injury claims online following road traffic accidents.

Between April and June this year, 16,994 claims settlements were confirmed - this amounts to nearly half of the 34,548 total settlements agreed since the portal’s launch. A further 4,271 settlement offers remain open.

However, 14,365 (85%) of the settled claimants from the latest reporting period were represented claimants.

Matthew Maxwell Scott, executive director of the Association of Consumer Support Organisations (ACSO), said: “The latest data continue to highlight the need for our industry to be brought in and help improve the operation of the OIC [portal] via a change control group.

“The portal may be meeting ministerial policy objectives by bringing down the number of whiplash claims, but in the context of improving access to justice, the OIC [portal] is not doing its job.”

Maxwell Scott added that while it was encouraging to see an increase in the number of cases settled, lengthening delay times were of concern.

Average settlement times in the most recent data reached 175 days, up from 139 in the previous quarter. The OIC portal’s report noted that this was “likely to continue to rise” as cases with more complex injuries and longer prognoses were settled.

Maxwell Scott said: “While more complex claims explain some of that increase, 36% of claimants waiting for more than six months to have their claim settled is no advertisement for what we were promised would be a state-of-the-art digital journey, built around the needs of the consumer.

“ACSO urges ministers to consider putting settlement targets in place so that injured people know what to expect.

“There are already serious delays to civil cases in the courts, so it is hard to take issue with our view that this government is failing our citizens when they need access to justice.”