Based on 80% of QBE’s UK workforce who shared their data, the report revealed that in 2020, 16.9% of QBE’s UK staff identified as black, Asian or mixed heritage, however this demographic only accounted for 9.3% of senior level and zero executives.

It is this lack of ethnic diversity within senior leadership roles that is primarily driving QBE’s ethnicity pay gap, the insurer noted. It has therefore committed to address this imbalance in its senior level positions in a bid to reduce its ethnicity pay gap.

The report further found that most ethnic minority staff are employed within the finance, actuarial, legal and IT business sectors, rather than in the core insurance underwriting areas. 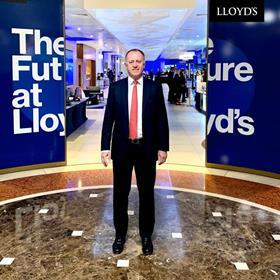 Jason Harris, QBE International’s chief executive, said: “I truly believe improving the ethnicity pay balance is very important for our people and for the progression of the company.

”It is something I personally am fully committed to and will make sure in the years ahead active measures are taken to improve this balance.

“This is our first year publishing our ethnicity pay gap data, with the intention to be transparent with our colleagues by listening to their experiences and finding ways to create more opportunities and continuing to forge an inclusive and diverse workplace.”

Zurich was the first insurer to voluntarily publish its ethnicity pay gap data in 2020.

All employees are eligible for a bonus if employed before 1 October in that performance year - the report revealed that 91% of white employees received a bonus in 2020 compared to 75% of ethnic minority staff.

As a result of the report’s findings, QBE has committed to:

QBE has also signed Business in the Community’s Race at Work Charter as part of its commitment to eliminating racial disparity. This provides five calls to action to ensure that ethnic minority employees are represented at all levels in an organisation.