The FCA and the Bank of England are “monitoring progress closely” for how Lloyd’s is faring in kicking sexual harassment out of the market.

The market has been dogged by accusations of being institutionally sexist, since 18 women came forward earlier this year to report their own experiences of sexual offences in the market.

In a speech today at an Insurance Insider Progress event, Anna Sweeney, director of insurance supervision at the Bank of England, said the body and regulators are looking for “demonstrable progress” from Lloyd’s on kicking out such behaviour.

She said: “Such allegations, if proven, where they speak to personal integrity could impact our view of the fitness and properness of individuals in our senior managers regime.

“We also need all regulated firms to have a culture which allows staff to speak up where they see things going wrong or the potential for things to go wrong which could affect the financial soundness of firms.

“Clearly the type of culture described in some of the articles raises into question whether employees would be able to do this.  And our colleagues at the FCA have a strong interest in the culture as an indicator as to how firms could treat customers.”

Since the first reports revealing the scale of the problem, Lloyd’s chief executive John Neal vowed to kick out sexual harassment, and has introduced a new plan of action. As part of the changes Lloyd’s has said it will ban for life those workers guilty of the most serious offences, and is also looking to stamp out drinking alcohol while at work.

Sweeney said she welcomed the reaction of the Lloyd’s leadership and was supportive of initiatives like the bullying and harassment hotline, the market-wide culture survey, the use of sanctions, and new training and initiatives to increase diversity. 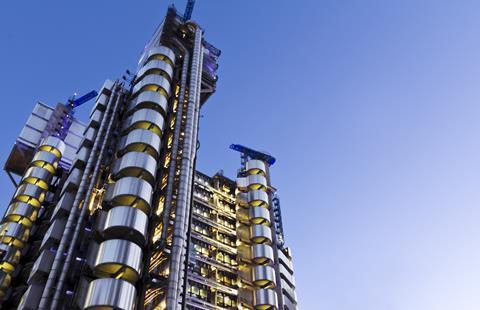