The government estimates road collisions are costing the UK economy in excess of £16.3bn a year

Telematics insurance has slashed claims losses and therefore casualties by a third (35%) for insurers.

This is compared to 16% of the driving population as a whole.

These were the findings from LexisNexis Risks Solutions’ recent white paper “The Societal Benefits of Telematics” which analysed the latest publicly available road casualty statistics.

It follows the government estimate of road collisions costing the UK economy in excess of £16.3bn a year.

Motor insurance claims for 18-25-year-olds made up nearly 25% with the average claim among the youngest drivers at £4625, double that for drivers aged 51-70.

Statistics cited by the firm show that last year 1,793 people were killed on British roads, an average of five people per day.

It claims this is the “first time” road casualty statistics have been used in direct relation to the ”exponential growth” in telematics policies since 2011, which was 975,000 in 2017.

Graham Gordon, director in global telematics, LexisNexis Risk Solutions added that this growing body of evidence demonstrates that telematics is having a “direct impact” on road accidents and therefore claims costs.

He said: “The cost of offering telematics has fallen dramatically for the insurance sector – we estimate data acquisition costs have fallen by as much as 50% since 2013.

“At the same time our research shows that consumer confidence in telematics and willingness to use this type of insurance with 4 in 5 people comfortable with the idea of telematics insurance.

“Innovative insurers and brokers are already focusing on new products and data collection solutions with advances in technology to track driving behaviour such as white label off the shelf mobile applications enabling speed to market. This has made it possible to offer telematics insurance at a very low cost for the whole driving population. 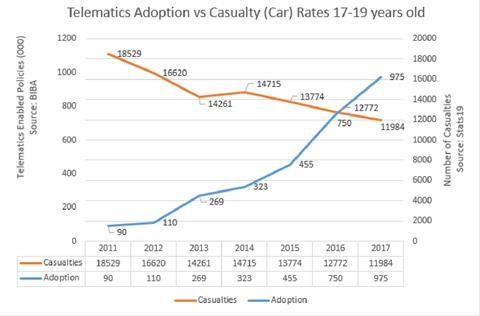 The firm found that 4 out of 5 motorists are comfortable with the idea of telematics insurance.

Gordon stressed that the analysis is “vitally important” as it helps validate the sector’s significant investment in the proposition while improving the market’s ability to offer insurance to the “most risky” drivers on the roads.

“But most importantly it reveals the mass market potential for telematics, to help arrest the recent rise in road casualties in the wider motoring population and enable the market to truly realise its investment in telematics,” he added.

But moreover LexisNexis believes that market growth is the key to stop the rise in claims for 25-59-year olds.

The firm’s whitepaper comes ahead of road safety week on 19-25th November this year.

Marmalade has welcomed the findings, its chief executive Crispin Moger said: ”The reduction in the number of claims is one thing, but the impact on road deaths is phenomenal.

”Being a provider of telematics insurance, it’s hard not to be frustrated when you see there is a perception that telematics is used to “track” and present limitations for the young driver because this couldn’t be further from the truth.

“Today’s research mirrors our own live data which has found that one in 18 Marmalade drivers* have an accident within six months of their policy start date, compared with one in five young drivers who have an accident in the first six months after passing their test, according to National Statistics.” 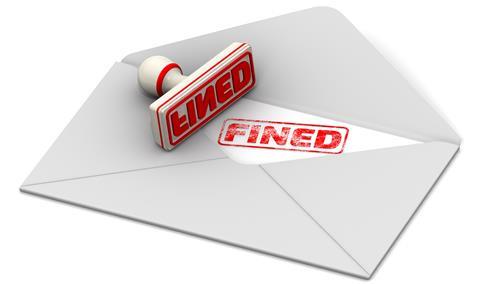