The British public could be at risk of invalidating their own travel insurance policy as 80% do not check whether their cover is adequate, MoneySuperMarket finds.

The poll saw the UK price comparison website bust common travel insurance myths by investigating the extent to which people misunderstood their policy.

The news coincides with the end of the UK holiday season next week which could in turn lead to a spike in claims for insurers.

It revealed two of the biggest misconceptions around travel insurance-adventurous activities and drinking.

With over half (55%) of Brits partaking in adventurous activities such as jet-skiing, bungee jumping, paragliding, skydiving and zip-lining, only 45 per cent correctly believe such activities may not be covered by a standard travel insurance policy. Moreover 80% don’t check that they are covered for these activities.

Anna Sant, travel insurance expert at MoneySuperMarket, explained that as each travel insurance policy is different, it is worthwhile doing research in advance to ensure the cover is tailored to specially listed activities - especially if there is a “slim chance” of these happening in the “spur of the moment.”

She added: “Medical bills abroad can be expensive, and if you void your own policy without realising it, you could end up thousands of pounds out of pocket.

“Anyone can go online and get travel insurance from as little as £4.79, but make sure to read exactly what you’re covered for, otherwise you could get a nasty shock should anything go wrong.”

Tom Bishop, head of travel at Direct Line said: “When things go wrong on holiday, it can be much more stressful than a mishap at home due to being in unfamiliar surroundings, the language barrier and a lack of support friends or family in close proximity.”

Like Sant, Bishop also agreed that it was important for holiday makers to “double check” the activities they are covered for as it can vary widely between providers.

Almost half of the British public wrongly believed that getting injured whilst taking dangerous selfies on a cliff edge or waterfall could also invalidate their travel insurance. Provided reasonable care was taken, it would not jeopardise their claim however behaving recklessly could see it rejected.

But Bishop added that holiday emergencies are “not as uncommon as we may think” with one in four travellers visiting hospital when abroad, often bringing their well-earned holiday plans to a grinding halt.”

’Abroad and intoxicated’- it’s down to interpretation

It was also revealed that only half of those surveyed (54%) correctly thought that getting injured whilst intoxicated could jeopardise the claim, despite two thirds (67%) of Brits drinking abroad.

Sant highlighted that personal injury claims can fail because of ”suspected intoxication.” She urged customers to read their policy in full to make sure they do not get caught out.

She said as “a general rule of thumb, the cheaper your policy, the more open the clause around alcohol is to interpretation.”

“In many cases, especially with cheaper policies, it’s up to the individual to prove that they weren’t under the influence of alcohol when they got injured, which can prove almost impossible.”

Bishop added that wording in the the Direct Line policy states that the insurer won’t pay any claim made as a result of you “drinking so much that your judgement is seriously affected.”

But he added it is “not reasonable” for insurers to expect holiday makers not to drink at all. He said: “We therefore apply this exclusion in a reasonable and proportionate way, taking into account the circumstances surrounding each individual case.”

Some other misconceptions included visiting places against the advice of the Foreign Office, with over half 59.1% wrongly believing this would not affect cover.

With physical altercations, around 41.5% believed that if they got into one on holiday, this would also invalidate their claim.

But regarding getting injured or seeking treatment as a result of sexual intercourse, only 24.1% wrongly believed this would affect their claim.

Lastly failing to disclose a medical condition, 30.3% of Brits believed this could not invalidate the insurance. Recent research from the Money and Mental Health Policy Institute (MMHP) called for radical reforms last week after it was found that prices for travel insurance were hiked four times higher for those suffering from a mental illness.

The ABI released some tips this month for those travelling abroad with regards to insurance after it was reported that insurers pay £3.9m per week in medical claims.

Moreover, Aviva’s 2017 report published in July this year showed that 96% of insurance claims across the firms individual and commercial lines were accepted, with over £3.6bn being paid out. Approximately 99,532 travel insurance claims were settled.  Interestingly the report also highlighted that many consumers (55%) believe that insurers try to avoid paying claims. 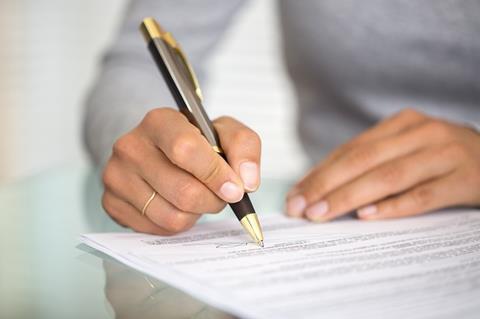