The new appointment has experience within the US motor market

Roberts has a wealth of insurance, underwriting and marketing experience, primarily gained at US insurer Government Employees Insurance Company (GEICO), which he joined in 1984.

During his tenure at motor insurer GEICO, Roberts held several executive appointments, including chief operating officer, president and chief executive for all GEICO insurance companies, a position he held from 2018 until he was promoted to vice chairman in 2020.

Roberts retired from GEICO in December 2020. 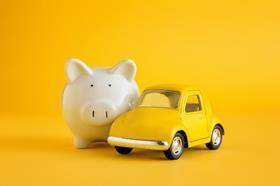 Annette Court, Admiral Group chair, said: “I am delighted to welcome Bill to the Admiral board.

“He brings valuable insurance experience and insight on the US insurance market, which will be of benefit to the group’s US businesses. We very much look forward to working with him.”

Meanwhile, Manning Rountree will step down as a non-executive director from 17 June, after serving for six years on both the Admiral board and as a member of the insurer’s group risk committee.

Rountree’s place on the committee will be filled by fellow non-executive director JP Rangaswami.

Court continued: “I would also like to thank Manning for his contribution during his time on the board and his dedication and commitment to his role as a member of the group risk committee.

“We will miss his insight, experience and challenge of matters that come before the board.”