The African-Caribbean Insurance Network (ACIN) has partnered with Tokio Marine Kiln and the Insurance Museum to emphasis the role that the insurance market has played in black lives, during October – black history month.

This is carried out through a collection of eleven stories which ACIN has selected from the Insurance Museum. The aim is to encourage people to remember both positive and negative aspects of the past and how it related to black people and their culture.

This is according to a new report from ACIN and Tokio Marine Kiln – Celebrating Black History: Inspiring the Next Generation.

The two co-founders of ACIN – Junior Garba and Godwin Sosi said in a joint statement in the report: “Over the years, within the insurance industry, certain eras left a dark footprint on black history and, in an attempt to bury that history, we’ve also buried a lot of the positive aspects in the process.

Meanwhile Paul Miller, history ambassador for the Insurance Museum said: “As the following stories will demonstrate, insurance plays a role in making the world a better place.”

Some of the stories featured are:

After founding her insurance firm – EG Bowman Company Inc in Brooklyn in 1953, later moving to Wall Street in 1979.

Ernesta’s business-partner was her husband John Procope. He once said, “At ﬁrst I thought it was crazy. It was unheard of for a small black-owned insurance brokerage to insure giants like PepsiCo. But the soda company soon became one of the ﬁrm’s ﬁrst clients and remains one today.”

Braithwaite was a member of Lloyd’s and is touted an insurance pioneer. He was the ﬁrst chartered insurer from Africa after becoming an associate of the ACII in 1951.

Morgan spent more than 25 years working in the US, Bermuda, London and Lloyd’s markets. She is a senior adviser in the PRA directorate of the Bank of England and a senior advisor of Strategia Worldwide.

Morgan was the ﬁrst African American to work at Lloyd’s, which she has described as “one of the highlights of my career to date”. She was directly responsible for 42 Lloyd’s syndicates, representing 50% of Lloyd’s US$42 billion market, and voted on the yearly approval of all syndicates in the market. 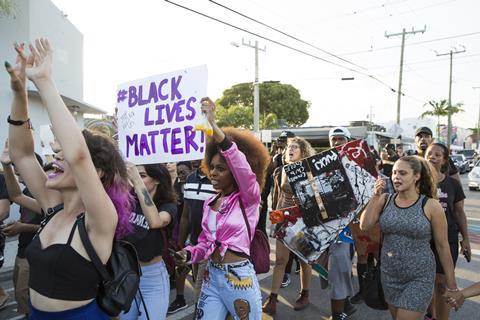