Allianz appoints chief risk officer from within the business

The permanent appointment follows a stint on an interim basis

Allianz has appointed John Berry as its chief risk officer for Allianz Holdings and Allianz Insurance – this follows Berry undertaking the role on an interim basis since the beginning of the year. 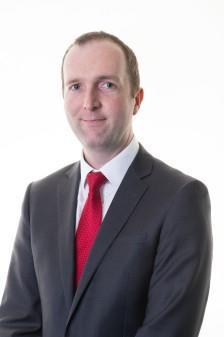 In this position, Berry oversees the risk management framework at Allianz, including the direct management of the overall risk function at Allianz Insurance.

He succeeds Karina Schreiber, who has returned to Germany to fulfil a new role at Allianz SE.

Berry initially joined Allianz back in 2015 as a senior retail actuary. He was then appointed as the head of pricing, personal lines, before being promoted to director, underwriting and technical for personal lines in April 2017.

Prior to joining Allianz, Berry worked as an actuarial consultant in the UK and overseas. He specialised in pricing, underwriting, data and strategy.

Jon Dye, chief executive at Allianz, said: “I am delighted that John has joined our management board to take on the role of chief risk officer for Allianz Holdings and Allianz Insurance.

“He has a fantastic track record of delivering results for our business and brings a wealth of experience to the position. His appointment demonstrates that we have an excellent talent pool which allows us promote from within.”