According to Reuters, the large conglomerate is asking top European insurance companies if they would contribute

Amazon is allegedly starting negotiations to potentially start its own comparison website for insurance.

Reuters reports that the US retail giant is approaching top European insurance companies, asking them whether they would contribute products to a potential new comparison site.

A comparison site would ultimately serve as a direct rival to other sites such as MoneySupermarket, GoCompare and Compare the Market.

Insurance Times previously asked what Amazon’s next move would be and Fraser Edmond, chief executive of Broker Insights predicted its next target would be “another sector where it can deploy its digital capabilities to connect more companies selling products with potential buyers.”

In Europe, Amazon has a partnership with The Warranty Group to offer warranty extensions, this potential move could be seen as an extension of that.

Last year, Amazon placed a job advertisement online, looking for insurance specialists, but were very vague with the details.

Altus Consulting director of general insurance, Mark Andrews said: “If you look at Amazon’s business model, it’s all about aggregation of products and services.

“It is not necessarily about creating it itself. It is about using other people’s existing products and services and re-selling them and making a margin. Amazon is being a broker, being a gateway for customers.”

And that is what Reuters is reporting. It says Amazon is looking to sell products from other companies to customers. 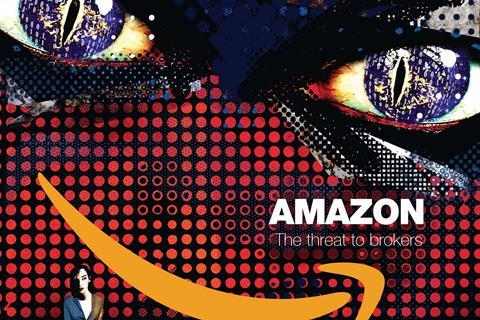