The number of motor theft claims paid by insurers in the first quarter of this year were at their highest for any quarter since 2012, according to the ABI.

These figures mean that, on average, a payment was made to a car crime victim every 8 minutes, and £1.2m was paid every day.

This represents a rise of over 20% for cost of these claims on the same period last year. 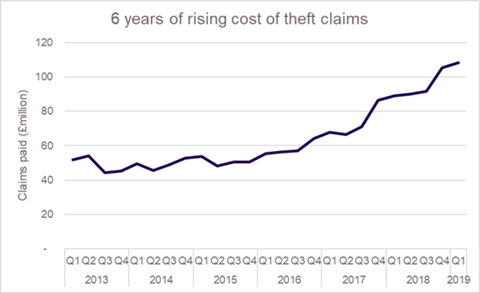 Home Office figures recording a 50% rise in vehicle thefts over the last five years. The increase is in part being driven by keyless car crime, with hi-tech criminals being able to bypass keyless technology in as little as 20 seconds.

Graham Gibson, head of claims at Allianz has already spoken to Insurance Times about the rising cost for parts, and the impact Brexit could have on that.

But, the cost of vehicle repairs during the quarter, was £1.2bn, the highest quarterly figure since 2013.

Higher repair bills reflect ever more sophisticated vehicle design and technology, which in most cases costs more to repair when damaged.

Laurenz Gerger, ABI’s motor insurance policy adviser, said: “The continued growth in car crime must be reversed. Car security has come on leaps and bounds but needs to keep pace with the ingenuity of car criminals.

“The rising number of theft claims being paid by insurers in part reflects the vulnerability of some cars to keyless relay theft. Action by motor manufacturers to tackle this high-tech vulnerability, allied with owners taking some simple, inexpensive precautions will help put the brakes on this unwelcome trend.”

This trend ‘must be reversed’

John Dacey, Customer Claims Director, AXA Insurance, said: “The cost of car theft claims is rising but that trend can and must be reversed. Car buyers and owners are increasingly aware of the risks associated with keyless technology and they often take the right steps to protect their vehicle.

“We welcome those individual actions. But motor manufacturers must now up their game and ensure their vehicles are less exposed to hacking.” 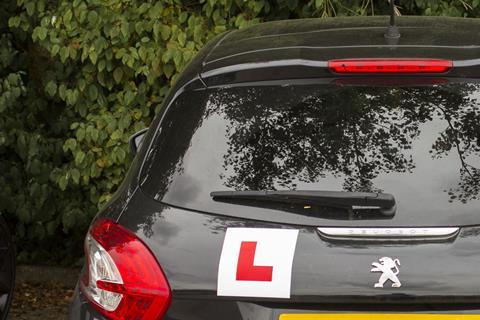