Outgoing department head has worked at Chaucer for 23 years

Chaucer’s head of political violence Andrew Bauckham has left the business after 23 years working for the global specialty reinsurance group.

Harriet Sharp will replace Bauckman. She initially joined Chaucer in 2012 and has more than 13 years of industry experience. 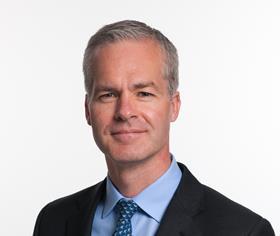 Read more…John Fowle: Time to focus on core relationships and ‘deliver on our promises’

He said: “Bauckman has helped create one of the strongest political violence crisis management teams in the market with global reach through our offices.

”It will come as no surprise to practitioners in the class that Sharp will assume the role of head of political violence and crisis management as Bauckman moves on.

“Sharp is a highly respected leader and [has] done a magnificent job at Chaucer - I couldn’t be happier that she has taken on the leadership of the team.”

Bauckman has worked at Chaucer since 1998 - he is considered to be one of the top political violence underwriters in the insurance market. He established Chaucer’s global civil unrest and terrorism facultative and treaty portfolio in 2005.

He has also served as the chairman of the Lloyd’s Market Association’s terrorism panel.

Previously, Bauckman worked within the treaty and political risk underwriting teams at Chaucer.

Nicola Stacey, chief underwriting officer at Chaucer, added: “Talent identification, development and internal promotion have always been key priorities at Chaucer and so I am delighted that Sharp will assume the leadership of the team.

”Sharp has played an integral role in the continued development of our political violence and crisis management business since joining Chaucer.

“I have great confidence in the ability of Sharp and the team to take our political and crisis management book to the next level.”