Brady Insurance provides a suite of business and personal lines products. The company has also held Lloyd’s coverholder status since 2013 through its wholesale brand – Brady Underwriting - which is an underwriting agency specialising in commercial insurance products for the Irish market.

It is headquartered in Carrick-on-Shannon and has an office in Dublin. 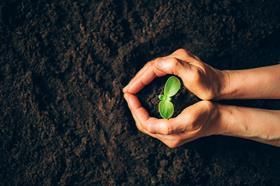 Following the deal, the family-established company will continue to be led by Jane Brady, who has served as managing director since June 2005.

Doug Robare, chief underwriting officer at CEH, said: “Brady Insurance is a prime example of the top quality businesses we are bringing into our expanding network.

“As an independent, the company has stood the test of time over the last six decades – with their impressive performance a testament to their expertise, the strength of their product base, technology platform and stellar network.

“Now, as part of the CEH family, I look forward to supporting Jane and her talented team in their next phase of growth.”

Jane Brady, managing director at Brady Insurance, added that the company is “delighted to join the CEH network”.

She continued: “We are excited to further develop our business, which is one of Ireland’s longest established and best regarded brokerages.

“CEH will support our journey of providing superior insurance services both nationally and locally.

“We also have ambitious expansion plans and look forward to drawing on the strength and expertise of the growing CEH network.”