Two appointees have been promoted internally, with the other joining from Goldman Sachs

The FCA has added three new members to its senior team, building on its recruitment spree of over 250 new appointments. 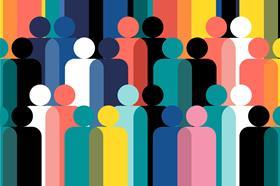 Gunewardena previously served as a managing director in the currency and commodities division at investment banking company Goldman Sachs.

FCA deputy chief economist Graeme Reynolds, meanwhile, has been promoted to director of competition. Part of his responsibility will involve leading the FCA’s teams undertaking competition market studies as well as those who investigate competition enforcement cases.

Prior to joining the regulator, Reynolds spent nearly ten years at the Competition Commission – now the Competition and Markets Authority – where he most recently served as director of remedies and business analysis. He also worked as an economic consultant with Deloitte and Anderson.

Read: FCA on the hunt for new senior leaders amid threats of staff strikes

Simon Walls, current head of wholesale markets at the FCA, has also been promoted to the role of interim wholesale director after serving in his current role since 2016.

Walls joined the FCA in 2006, when it was recognised as the Financial Services Authority (FSA), and has served in a variety of wholesale roles, including spending seven years in asset management supervision.

At the FCA, Walls helped the regulator navigate the challenges of the EU withdrawal, the pandemic and Russia’s invasion of Ukraine.

FCA chief executive Nikhil Rathi said: “I continue to be impressed and encouraged by the talent, both internal and external, putting themselves forward to lead our organisation.

“I look forward to working closely with Mel when he joins and congratulate Graeme and Simon on their promotions. We anticipate having more senior appointments to announce soon.”