Despite believing that the judges’ verdict earlier this month was clear, the regulator has filed its application as a precautionary measure

The FCA has confirmed that it has a filed a “leapfrog” appeal application directly to the Supreme Court regarding its business interruption (BI) test case that was heard virtually at the end of July.

The legal proceedings were designed to clarify the interpretation of BI policy wordings when applied to claims caused by the Covid-19 pandemic and associated mitigating measures imposed by the government.

Lord Justice Flaux and Mr Justice Butcher published their verdict on the case on 15 September, ruling in favour of the FCA’s interpretation of non-damage BI policy wordings across the majority of key contention areas.

Despite the FCA believing that “clarity was provided in the initial judgment”, it has still filed the appeal application “on a precautionary basis”.

A statement on the regulator’s website explained: “The deadline for parties to the FCA’s business interruption insurance test case to file a ‘leapfrog’ application to appeal to the Supreme Court any aspects of the High Court’s judgment was yesterday, Monday 28 September 2020.

“The FCA today confirms that it has filed a ‘leapfrog’ application to appeal to the Supreme Court. The FCA’s intention has, throughout the process, been to achieve clarity on affected BI policies at speed. We believe that clarity was provided in the initial judgment handed down on 15 September.

“The FCA therefore continues to work closely and at speed with the eight insurers and two intervenors that participated in the test case to reach an agreement in principle on a range of issues whereby an appeal process would not be required and payments would be made on eligible claims as soon as possible.

“Positive discussions continue with all parties.

“The FCA’s ‘leapfrog’ application has been filed on a precautionary basis in the event that this agreement is not reached by close of business Wednesday. The FCA understands that seven insurer parties have made similar precautionary applications.”

This news, however, has been a blow to the test case’s interveners, including the Hiscox Action Group (HAG), which is represented by law firm Mishcon de Reya.

Partner Richard Leedham said: ”We are hugely disappointed that it appears this case will now go to the Supreme Court and that appeals are likely against the court’s ruling.

“Our group is made up of 400 small businesses from across the UK. They are in desperate need of these initial payouts and every day that the insurers delay risks hundreds of firms going out of business and thousands of jobs being lost for good.

“The insurers seem content for the process to continue for as long as possible. We believe that the court’s ruling was clear and insurers should begin their payments immediately.

“We agree with the FCA’s comments that the ruling from the court provided clarity for all parties. The further delays from the insurers risk untold damage to our economy.

”We are at a very precarious point of the process. We need insurers to do the right thing and begin paying out to policyholders rather than trying to continually delay the process and risk the livelihoods of thousands of small business owners across the country.” 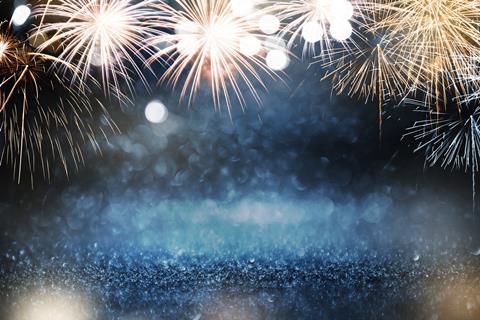