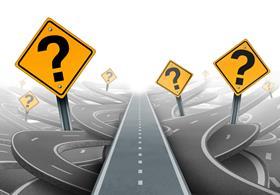 The FCA’s pricing remedy, which was introduced to eliminate price walking, came into effect from 1 January 2022.

In comparison, prior to the pricing rules being implemented, Consumer Intelligence’s research showed that the average cost of van insurance fell by 4% from January to December 2021.

The pricing expert therefore believes that the data suggests the regulator’s action is reducing the number of cheap deals in the market.

An average annual van policy in the UK now stands at £1,135.

Consumer Intelligence product manager Harriet Devonald said: “The rise of the average van insurance premium comes as no surprise, as new business and renewal premiums level out as a result of the new FCA regulation.

“We’ve seen the same happen for motor and home insurance, but to different extents. Now, the question is whether this rebalancing will impact customer shopping and switching rates. For home and motor insurance, we’ve seen a reduction in both and consequently an increase in retention.”

Motor premiums for those who use their vans for business have increased 6.8% to £1,145 in the last three months.

Those using their vans as a car substitute under a social, domestic and pleasure (SDP) policy, meanwhile, have seen their premiums rise by 5% to £1,107.

From a long-term view perspective, average premiums have increased 40.2% since April 2014 when the pricing experts first started collecting data.

Over the same period, those aged under-25 witnessed price falls of around 23.8%.