Regulation and inflation ramp up van insurance costs by 13.6% in H1 2022 – Consumer Intelligence

Van insurance increased by 13.6% for new business customers in the first half of 2022 due to inflation and regulation, according to new data from market research firm Consumer Intelligence, published today (4 August 2022).

In the UK, Consumer Intelligence found that the average quoted cost of van insurance is now £1,156 a year.

Consumer Intelligence’s data was calculated by comparing the prices offered to 600 people by all the major price comparison websites (PCW) and key direct insurers. The top five prices were compared to the previous month’s top five premiums - these variations were then averaged.

The van insurance premium increase recorded for 2022’s H1 follows the FCA implementing its price walking ban in January 2022. This aims to prevent insurers from providing more competitive policy terms to new customers – compared to those renewing – in order to win new business.

She further noted that “claims inflation is certainly feeding through to customers’ premiums” due to ”the increased cost of parts and labour, as well as supply chain issues”. 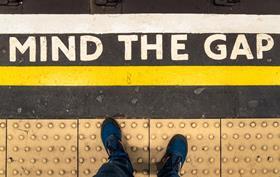 Since April 2014, when Consumer Intelligence first started collecting its data, average premiums for van insurance have increased by 49.8%.

In terms of the type of cover, drivers using their vans as a car substitute are now paying slightly higher premiums than those who use their vans for business – costing £1,175 and £1,150 per year respectively.

Premiums for those driving vans under social, domestic and pleasure (SDP) policies, meanwhile, rose 12.5% in the last 12 months. Prices have increased at a lower rate (12.1%) for  van-driving business users over the same period.