The insurance industry has given a generally sanguine reponse to the delayed roll-out of the litigants in person (LiP) portal until August.

David Williams, managing director of underwriting and technical services at AXA, for example, described the move as ”the worst kept secret”. He continued: ”The longer things went on without clarity on the procedural rules, the less likely it was that the April launch would be achieved.”

Paul Nicholls, MASS chair, added: “The writing has been on the wall for months that the new process was not going to be fit-for-purpose within the proposed timeframe, so the delay is absolutely the right thing to do.”

Beavering away on delivering the portal is the Motor Insurers’ Bureau (MIB). A spokesperson confirmed that ”The Ministry of Justice has listened to stakeholder concerns about having sufficient time to prepare” - this means that the MIB is happy to ”support their August delivery date”.

The spokesperson continued: ”The additional time will allow the [Civil Procedure Rule Committee (CPRC)] to complete its work and provided we have their decisions by early May, and the changes are not too far away from what we’ve built to date, we are comfortable we will be ready for the new launch date. [The] March seminars next week will provide an opportunity for MIB and the Ministry of Justice to discuss the new delivery timetable in more detail.”

Best use of time

A key concern among industry voices is that this brief grace period is used wisely - both by the MIB and MoJ in completing the portal to a high standard, and by insurers and stakeholders preparing to use the portal.

Qamar Anwar, managing director at First4Lawyers, confirmed: “What is important now is that the extra time granted by the delay isn’t wasted. The onus is on the Ministry of Justice to ensure all the new rules are published without further delay, and all the outstanding issues with the claims process are settled, to allow businesses on all sides the proper time to prepare.

“We also need reassurance that plans have been laid for a much needed public information campaign – these reforms are bad enough for injured people without them being left clueless on the changes and how even to access the process.

“There remains a significant responsibility on the Ministry of Justice and MIB to focus on the needs of injured people and make sure that these reforms do not end up as the total denial of justice that many fear they will be.”

The ABI’s director of general insurance policy James Dalton agreed: ”While it is disappointing that these vital reforms won’t now be introduced until August, the first priority has to be ensuring that the portal works well for consumers from day one.”

Nicholls added that ”the revised timetable is still potentially very short to address the pitfalls that lie in wait for claimants”.

”An extra five months is not very long though to make some key decisions on an informed basis and provide the necessary clarity on issues at the core of the claims process - multiple injuries, partial liability, sanctions, exclusions, payments, medical reports and others.”

Williams, however, is positive about the results from these extra five months: ”Giving time now for publication of the tariffs and refinement of the civil procedure rules means that the later launch will be a better launch, it gives everyone more time to prepare and make sure they get things right. Based on that, we fully support the decision to delay.”

Despite awarding extra preparation time, certain elements of the original LiP portal have now been cut out of the service. This includes the the alternative dispute resolution (ADR) function.

For AXA’s Williams, this makes sense. He said: ”Alternative dispute resolution was always going to be a difficult thing to find a workable solution and we will commit to contribute to discussions on whatever alternatives need to be considered.

”With regard to the small claims track no longer applying to children or protected parties, again this seems a really sensible approach and one we absolutely endorse.”

The decision to drop ADR, however, raises major concerns for other industry players.

Nicholls, for example, said: ”With ADR having been dropped, it is very uncertain what the new process will be to enable litigants to go to court to establish liability and we shall urgently be seeking some clarity.”

“In the troubling absence of a process of alternative dispute resolution, when liability is disputed – as is often the case – injured people will either have to give up their claim altogether or go to court,” he explained. ”The decision to scrap ADR directly contradicts earlier reassurances given by ministers and regardless of what they say, it will incentivise insurers to deny liability and therefore cut claims costs.

“Ministers still have plenty of explaining to do, as the new plans don’t sound anything like the sort of slick, modern claims process we were promised, and at this stage there’s a high risk of consumer detriment.

“It’s welcome that ministers have heeded our warnings that injured children and protected parties would have faced almost insurmountable barriers to justice under the previous proposals. The changes set out will help address this but in future the needs of the most vulnerable people should be addressed first, not as an afterthought.”

However, Marcus Taylor, claims director at Minster Law believes that cancelling the ADR provision could actually negate one of the key purposes of the portal. He explained: ”Minsters’ decision not to proceed with an ADR system to manage disputed liability claims will inevitably result in more consumers needing professional help because they will be reluctant to go to court on their own, without help from a legal expert, and against legal professionals representing insurance companies. We wait with interest to see how ministers will resolve this issue, but as things stand we are not confident that a consumer-friendly portal will be ready for public use any time soon.”

Meanwhile David Whitmore, Slater and Gordon’s chief executive, told Insurance Times that it is ”recognition of the complexity and challenges faced by introducing such fundamental change”.

He said: ”Particularly welcomed is the decision to remove infants and vulnerable road users from the changes, as they would have been unfairly impacted by the reforms. Pushing ahead when important parts of the process are not ready is in no one’s interest.”

Slater and Gordon have been working closely with the MIB and MoJ to ensure that we take this opportunity to continue providing customers with outstanding service when changes to the RTA claim processes are implemented.

“Reform is needed and welcomed. We know that customers are demanding a more streamlined, efficient, responsive and technology-focused service. So despite this delay, we are continuing to forge ahead with our state of the art systems and processes that will help claimants and insurers through the new SCT process in the most effective manner,” Whitmore added.

Some across the industry are still calling for clarification, keeping their fingers crossed that these extra few months will enable the MIB and the MoJ to dot the ’i’s and cross the ’t’s.

Carpenters Group director Donna Scully said: “The postponement of the reforms reflects cross-industry concern about the state of readiness of the LiP portal, the significant level of ‘unknowns’ about the process and the risk of consumer detriment.

”There are still significant elements of the new process that are not known. The new timeframe still leaves little time for insurers and claimant representatives to finish building the part-systems developed to date and to allow full training and proper preparation for the new regime.”

He said: ”It’s disappointing that the implementation of the portal has been delayed but with many issues yet to be resolved it’s the right thing to do.

”The most concerning thing for us is the tariff system. Under the current rules, pain suffering and loss of amenity are looked at in the round with the main injury being the driver of compensation and the minor one being discounted due to overlap, leading to a small increase in the compensation. With a fixed low level tariff for the main injury - which is what we’ll have with the new portal - this whole process doesn’t work as it means that someone could get say £500 for the whiplash but now a further £1000 for a bruise or two, which just doesn’t make any sense.

”Currently only a third of whiplash claims have other non-tariff injuries but if this issue isn’t resolved then I can guarantee that when the portal is live everyone will be making claims for bruises and the planned savings will significantly reduce. We urgently need to work through these issues and ensure the portal works in the best way possible.”

Whiplash reform hangs in the balance as election fever reigns 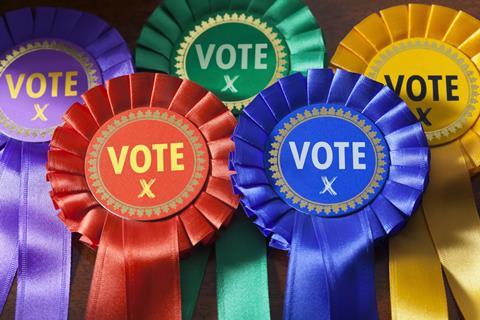