The ABI’s Alastair Ross was answering questions from the cross-party committee yesterday.

The Ulster Union Party’s John Stewart said he had received many messages from businesses in Northern Ireland that had been suffering after being forced to close in the wake of the coronavirus pandemic.

Stewart said “the one time they need it (insurance claim) they’re going to get shafted”.

He added that premiums for childcare businesses in particular were “rocketing”.

In response, Ross said there was a “nervousness in the market from insurers in respect of high risk sectors”.

Committee chair Dr Caoimhe Archibald of Sinn Féin accused the insurance industry of “intransigence” when it came to paying business interruption claims triggered by the coronavirus.

Ross said standard policies were not designed to provide cover for business interruption due to a pandemic. […] Unfortunately only a minority of businesses will have purchased additional levels of coverage for pandemics”, he explained.

ABI members will pay out £1.2bn in coronavirus-related claims, Ross said, adding that £900m of this figure is for business interruption.

Archibald suggested the non-payment of claims could leave businesses ”dangerously exposed”, to which Ross replied the problem was “really significant”.

If businesses only bought minimum levels of cover, there was a risk of underinsurance if, for example, a fire hit their premises.

Ross highlighted that insurers are set for record payouts on travel policies this year following the disruption caused by Covid-19.

The first few months of this year have already seen £275m in claims, surpassing the previous record year in 2010 when there was large-scale disruption to aviation caused by ash spewed out by the Eyjafjallajökull volcano in Iceland.

In March, Insurance Times reported a surge in travel insurance policies as consumers rushed to protect their holidays. This led to many insurers closing their policies to new business. 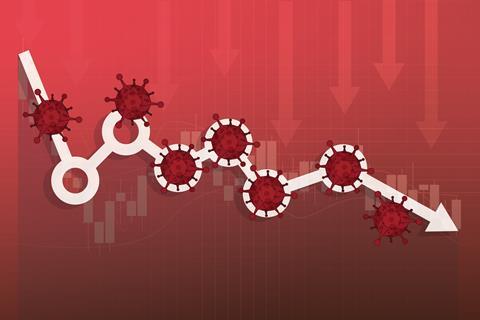