Ageas plans to outsource its IT infrastructure and operations (I&O) work to a third-party supplier.

Tata Consultancy Services is due to take over the running of I&O on behalf of Ageas by 1 April this year.

As part of the arrangement, members of the current Ageas I&O team will transfer to Tata.

Team members from all Ageas teams involved in supporting IT equipment and datacentres will be affected.

A consultation process has now begun for affected employees.

The news was revealed to Insurance Times in a leaked email from Ageas chief executive Andy Watson to Ageas staff after announcements about several restructuring changes yesterday.

In it Watson explained to staff the insurer had considered continuing operations in-house or partnering with a third-party supplier, but that outsourcing to Tata was the best option.

He said: “Historically, the model we’ve used for IT infrastructure and operations is a predominately in-house team with support provided from third-party suppliers for specialist knowledge e.g. Oracle and Linux.

“It’s been a successful model. However, as we enter a period of major modernisation and simplification, the current model would simply be unable to cope with the significant demands required from the business.

“These demands include rapid technological skill changes, moving to a new digital workplace, data centre consolidations, and the increasing need for 24/7 support for our customers.

“We also need to ensure that anyone we partner with for IT infrastructure and operations has significant interest in achieving our desired outcome, rather than just delivering solutions and then moving on.

“All this means a new I&O operating model is now urgently required.”

The insurer had already revealed to Insurance Times that it plans to close two call centres in Stoke and Port Solent - affecting around 600 employees - and close its Eastleigh sales and service operation. Ageas plans to operate from its currently-owned offices in Eastleigh, Bournemouth and Gloucester, and its leased offices in London and Manchester.

And in the email, Watson revealed further details behind the decision.

He explained to staff the company’s seven offices were a largely the legacy of businesses acquired in the past, and that the business had to adapt to changes in the market, particularly around customers’ increasing digital expectations.

“We now have too much office space and more than we are likely to need in future,” he said. ”So, as part of the recent multi-year budgeting process, we considered how we could potentially re-organise the way we use space and facilities to better reflect our anticipated needs.”

The company is also looking to restore profitability in its partnerships channel, with Ageas ending its partnership with Vauxhall in the coming months. Ageas will cease accepting new business from May 2019 and conclude servicing existing customers in May 2020.

Further cost-cutting measures were revealed, with a plans to leave its current offices in London on expiry in September 2019 and move to an alternative location in the city with a “smaller footprint”.

Ageas also plans to find an alternative site in Manchester on expiry of its lease. Watson said that both Manchester and London remain important locations for Ageas.

Explaining the decision to close the sale and service operation in Eastleigh, Watson said it was down to projected call volumes for 2019.

“Even when taking into account the projected growth of our direct channel, these projections suggest it is no longer efficient to operate sales and service from four sites and the longer-term plan is to consolidate the operation to Bournemouth and Gloucester,” he said.

He revealed the long-term plan was to consolidate the Age Co team, the team handling Ageas’ over-50s insurance products, in Gloucester.

But he added: “In the short-term, we will use the excess capacity in the Stoke operation generated by the partnership contract run-offs – albeit until the proposed site closure in June 2020, when all volumes would transfer to Gloucester and Bournemouth.” 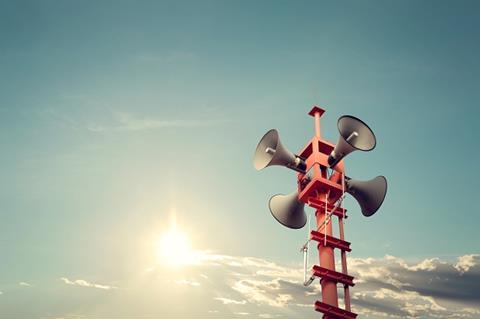