Data released today (11 April 2022) by the Motor Insurers’ Bureau (MIB) has shown that the number of claims being made through the Official Injury Claim (OIC) portal remains low, despite a small increase from the previous reporting period. 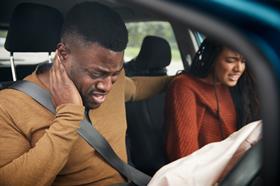 Read more… OIC portal will not be ‘perfect overnight’

Since its launch, the OIC portal has drawn widespread criticism from the insurance industry because of a perceived failure to reach its goals of allowing litigants in person (LiPs) to process their own whiplash injury claims online following road traffic accidents.

The data also showed that the volume of claims settled via the portal has risen steeply since the previous data release in December 2021. Of the 17,607 claims settled since the launch of the OIC portal, 13,843 were settled in this most recent reporting period.

She explained that despite near normal road traffic volumes returning following the peaks of the Covid-19 pandemic and “in the absence of a miraculous fall in the number of road traffic accidents occurring on our roads, the overall volumes of claims being made through the OIC [portal] remain very low”.

“Such a dramatic fall cannot be attributed to the impact of Covid-19 and general economic factors, but must be associated directly with issues around the OIC and the new claims process.”

Read: Briefing: Was the MoJ’s part two consultation response worth the bother?

Brown also observed that while the intention of the portal was to reduce the amount of fraudulent claims, these latest figures indicated that many accident victims were “either unsure about how to make a claim, are reluctant to make a claim without representation or are unable to pursue a claim through the OIC”.

She added: “All of these conclusions carry concerns about the structure and fairness of the new claims process and need to be investigated thoroughly.

“The OIC [portal] was meant to make it easy for injured people to settle their claim, but this evidently is not happening. As a result, the justice system - already creaking from record court delays - risks falling over a cliff.”

This was in response to alleged severe technical issues experienced by market participants, including an inability to progress claims online in a timely manner.

Included in the latest OIC data was an update on the system’s operation. This noted that “the web service used by direct claimants, compensators and professional advisors has performed as expected”.

Commenting on this, Maxwell Scott said: “The chapter in the government’s latest data report on system operation borders on the Panglossian.

“It claims the OIC [portal] is working ‘as expected’ when professional users report huge issues and unrepresented claimants are having to turn to the support centre in ever-increasing numbers.”