The business plans ’to drive product disruption in this industry, on behalf of both our B2B and B2C customers’ 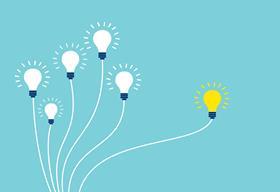 Hand-picked from across the insurance industry, the new hires will work alongside chief executive Wilson towards the ambition of better serving customers and bearing in mind the FCA’s incoming general insurance pricing reforms.

The team hopes to deliver a better, cheaper and fairer insurance experience to customers by bringing industry-leading expertise across four key verticals.

Wilson said: “We have assembled a first-rate team with a wealth of expertise in insurance and the foresight to understand the opportunity AI and contextual technology has to play in transforming the customer’s experience.

“Our industry has lagged other sectors. That is about to change.”

The new hires are:

During his time at Sabre, Ockenden was reportedly instrumental in delivering a net loss ratio which has averaged 48.8% since the business was listed in 2017.

• Jonathan Hill joins as vice president of pricing. Hill was previously head of pricing at Covea Insurance, where he was responsible for technical and retail pricing across both personal and commercial lines.

Prior to DLG, he held senior leadership roles within insurtech businesses Darwin Insurance and Stabilis MGA, as head of pricing and underwriting and pricing director respectively. Fothergill started his career in actuarial consultancy and brings over 15 years of personal lines insurance experience to Abacai.

• Chris Payne joins as chief technology officer. Payne, who previously worked as Aviva’s UK digital chief investigating officer and digital engineering director, has 24 years of experience in key information technology and change management across global markets. Payne was responsible for delivering the UK digital and Quotemehappy IT platforms while at Aviva.

• Will Faulkner will join as chief product officer. Faulkner was previously digital product and design director at Aviva, where he helped design MyAviva platform.

Wilson added: “The FCA’s announcement last month emphasises just how much the industry has taken the customer for granted and how loyalty to your insurer is penalised. We believe that is fundamentally unfair.

“Our intention is to drive product disruption in this industry, on behalf of both our B2B and B2C customers.”