The new venture, Abacai Holdings, will be created by merging Abacai with Complete Cover Group (CCG), an insurance distribution and underwriting business owned by Sun Capital. Initially, the business will target the non-prime and standard segments of the UK motor insurance market. 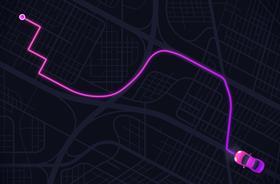 Reinsurer Munich Re is also understood to have been signed up as a strategic partner - Abacai Holdings will make use of its data analytics for risk-based underwriting and pricing, as well as reinsurance.

Wilson led Aviva between 2012 and 2018. Currently, he sits on the board of asset management firm BlackRock. Prior to his stint at Aviva, Wilson also headed up financial services firm AIA Group.

According to Sky News, Sun Capital Partners’ interest in Abacai will be led by Edward Spencer-Churchill.

Spencer-Churchill will serve as co-chairman along Wilson, who will also be acting as Abacai’s chief executive.

The new company is also believed to have lined up several executives from CCG for senior roles, reported Sky News, as well as Jamie Hay, a former Goldman Sachs insurtech banker, and Colin Price, a former director at McKinsey and Company.