The business aims to disrupt the motor insurance market

Former Aviva chief executive Mark Wilson’s new insurtech Abacai is geared up to announce its first acquisition, as reported by This is Money.

The news site claimed that Wilson’s new venture has purchased motor insurer Dayinsure for an undisclosed price – a formal announcement on the deal is expected within the next few days.

Dayinsure, which was established in 2005, specialises in short-term insurance, such as for rental vehicles.

This is Money revealed that the transaction has been funded by CVC Credit, the credit division of private equity firm CVC Capital Partners, which has become a strategic partner to Abacai. 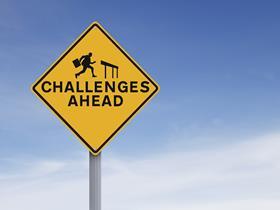 Last month, it was announced that Abacai Holdings, would be created by merging Abacai with Complete Cover Group (CCG), an insurance distribution and underwriting business owned by Sun Capital. Initially, the business will target the non-prime and standard segments of the UK motor insurance market.

Reinsurer Munich Re is also understood to have been signed up as a strategic partner - Abacai Holdings will make use of its data analytics for risk-based underwriting and pricing, as well as reinsurance.

Wilson led Aviva between 2012 and 2018. Currently, he sits on the board of asset management firm BlackRock. Prior to his stint at Aviva, Wilson also headed up financial services firm AIA Group.

Wilson, chief executive and co-chairman of Abacai, said: “Temporary motor insurance is a high growth segment at the core of the sharing economy. M&A is one of the two pillars of our growth strategy and we are excited to have completed this transaction so soon after we created Abacai.”

Barry Bown, chief executive of Dayinsure, added: “We are delighted to become part of Abacai. The customer focused business model, is a good fit with our own. Teaming up will allow us to grow our footprint and accelerate our development.”