Markerstudy Group has today revealed an agreement for a £200m investment led by Pollen Street Capital.

The deal will see Pollen Street partner with Markerstudy and make a substantial investment alongside the existing founder team.

Meanwhile, QIC will also participate in the transaction, underlining its commitment as a strategic partner to Markerstudy, it said. 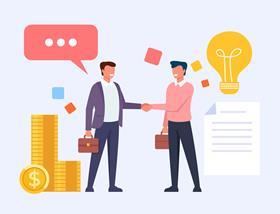 Kevin Spencer, group chief executive at Markerstudy said: “We have been working with the team at Pollen Street for over a year, during which time we have built a strong working relationship and a shared vision for our combined growth ambitions.

“This strategic partnership with Pollen Street and QIC is a powerful alliance and will facilitate our expansion as we move to the next exciting chapter in our evolution.”

Markerstudy were advised by KBW, Slaughter and May and Oliver Wyman; Pollen Street by Alantra, Proskauer Rose, PwC, Alvarez & Marsal, Crosslake, and AON; and QIC by Jefferies and Hogan Lovells.

Markerstudy Group will use this investment to deliver a sustainable growth programme through a combination of organic and acquisition-led expansion.

As well as building on its development over the last 19 years, which included the acquisition of the Co-op’s insurance underwriting business in December.

Michael England, Partner at Pollen Street, said, “We have been impressed throughout our time working together with both their growth track record and their ambitions for the future.

”We focus our investments on opportunities where we can work with management teams to build leaders in European financial services, driving growth through a combination of the strongest customer propositions with data and technology led business models. 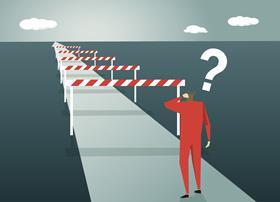 Read more…Briefing: Is this the begininning, the end of the mutual?

“Markerstudy fits squarely within this theme, marking our third investment in the insurance sector in the last three years and our second investment into Pollen Street IV.”

Markerstudy was founded in 2001, it claims it is the fifth largest motor insurance provider in the UK, one of the largest privately owned insurance groups, and the UK’s largest Managing General Agent. It has more than 1.8m policyholders.

Van der Straaten said that QIC was “thrilled” to make this strategic investment, which underlines the firm’s commitment to the relationship and position in the UK motor market.

“This remains a key strategic pillar for QIC Global. [Spencer] and the team have demonstrated a track record of robust underwriting and innovation and we are delighted to continue this relationship alongside the existing team and Pollen Street,” Straaten added.