Mike Crane has been appointed to lead L&G GI following the completion of its purchase by Allianz, the group announced today.

L&G GI will be combined by LV GIG (general insurance group), of which Crane was already managing director.

Allianz today confirmed the finalisation of its deals to buy LV GIG for an overall £1.07bn and L&G’s general insurance division for £242m.

Despite being combined with LV GIG, the Legal & General brand will continue to be used in the market for up to three years, Allianz said.

Treloar also becomes a member of the Allianz board and will report to Allianz UK chief executive Jon Dye.

Commenting on the deal completion, Dye said it was ”a pivotal moment in the history of Allianz in the UK”.

”These two deals create a formidable player in the UK general insurance market with a balanced business across personal and commercial lines, tremendously strong brands and a great team of people, focused on delivering for our customers.

“We will be looking to build upon the great success of our joint venture with LV GIG in home and motor insurance, strengthened further by the acquisition of L&G GI.” 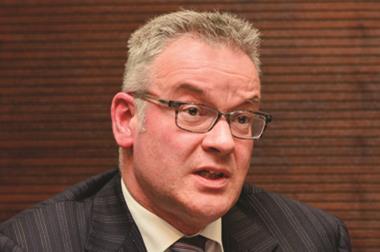