Insurers have been warned that they must champion a green and fair recovery from the Covid-19 crisis because as professional risk managers they have a unique understanding of global threats.

This is according to international NGOs supporting the Unfriend Coal network’s campaign in a letter to industry associations released today.

They say the industry was fully aware of the risks of a global pandemic years ago but failed to do enough to ensure governments prepared effectively, and they warn it not to make the same mistake again now that insurers recognise the climate emergency is the world’s greatest threat.

The letter was signed by 25 NGOs in 11 countries calls on insurers to address the Covid-19 and climate crises together by working to ensure economic stimulus programs are consistent with limiting climate change to 1.5 degrees Celsius in line with recommendations from the UN Intergovernmental Panel on Climate Change (IPCC).

It calls on a range of organisations representing insurers and reinsurers and industry professionals to respond with a public statement by May 18 including the International Insurance Society; Insurance Europe; the American Risk and Insurance Association; and the Geneva Association.

The letter states: “International insurance associations and many of their member bodies have made numerous public commitments about the need for rapid climate action. If you are serious about these commitments you now need to speak out, vigorously and publicly, at the international and national level for green and fair recovery programs which are consistent with the IPCC’s 1.5°C pathways.

“In addition, the insurance industry has to get its own house in order with regard to the climate crisis. Insurance associations should encourage their member companies to divest from fossil fuel companies, to end cover for coal projects, coal companies and for oil and gas expansion projects, and to commit to phasing out cover for oil and gas companies in line with a 1.5°C pathway.”

The letter also warns: “In many countries the lobbying groups of the fossil fuel, auto-mobile and airline industries are already pushing for government subsidies and deregulation to overcome structural problems which these industries faced long before the onset of Covid-19. If governments give in to these pressures we will miss a unique chance to transform economies in ways that move the low-carbon transition forward.”

It stated that government stimulus packages should:

Previously the UN secretary general Antonio Guterres said: “We must act decisively to protect our planet from both the coronavirus and the existential threat of climate disruption.”

He called for governments to use the huge sums committed to economic recovery from Covid-19 “to deliver new jobs and businesses through a clean, green transition” and for “climate risks and opportunities to be incorporated into the financial system”.

Some insurers are already lining up behind his call, the move was welcomed by Günther Thallinger, chief investment officer at Allianz and chair of the Net-Zero Asset Owner Alliance, whose 22 members include insurers Aviva, AXA, Generali, Munich Re, Swiss Re and Zurich.

“Tomorrow’s recovery plans can and must lay the foundations for an irreversible shift to a resilient, net-zero and inclusive economy. The Alliance stands ready to work with governments, international agencies and other stakeholders to realise this goal,” Thallinger said.

Back in 2013, insurance executives identified the threat of a “new, highly infectious and fatal pandemic” as the world’s greatest threat in a Towers Watson Extreme Risks survey.

Peter Bosshard, coordinator of the Unfriend Coal campaign, said: “The role of insurers is to identify and manage risks for society. Seven years ago, they recognised the threat of a global pandemic, but failed to ensure the world was prepared and simply excluded pandemic risks from their policies. Now that they acknowledge climate change is our greatest threat they must not repeat this mistake. Insurers have a duty to speak out loud and clear for strong climate action and set an example by aligning their businesses with international climate targets.”

Since 2017, nineteen insurance companies have ended or restricted insurance for coal projects and some have gone further, with restrictions on tar sands and Arctic oil. Yet none have committed to only insuring projects which are consistent with a 1.5 degrees Celsius world and several major insurers including AIG, Lloyd’s and Tokio Marine, have taken no steps to restrict cover for fossil fuels.

Regine Richter, energy and finance campaigner with the German NGO – urgewald, added: “Insurers have huge power to shape the global economy. Without insurance new coal, oil and gas projects will not go ahead and existing fossil fuel projects that are inconsistent with a 1.5°C world must shut down. Invested wisely, their trillions of dollars of assets can turbo-charge a green and fair economy which will reduce risks for us all.”

A majority of EU nations that include Germany, France, Italy and Spain want to build the recovery from Covid-19 around a European Green Deal, which achieves net zero emissions by 2050.

However in the US the Trump Administration, which has withdrawn from the Paris Agreement, has committed to bailing out the US oil industry.

Read more…How the insurance sector can prepare for pandemic risks 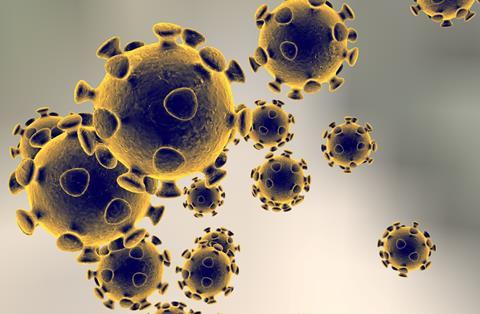