While many lost out as a result of the change, having planned for a bigger movement in the rate to at least zero, Ageas held firm on its reserving assumptions, meaning it profited to the tune of around £24m.

The benign weather in the first six months of the year and an exit from underperforming schemes were also given by by chief executive Andy Watson as reasons why performance improved.

However, he said the result was partially offset by the costs of restructuring the business, claims inflation, and a dip in motor performance due to an increase in severe third party injury claims.

However, across household and other lines, Ageas saw a large improvement in underwriting performance. Household improved its half-yearly COR from 116.1% to 90.3%, while other lines improved from 108.5% to 98.6%.

Across motor, household and other lines, all wrote less premium. Gross premium written was £769m, compared to £810m at H1 2018.

Watson had previously told Insurance Times he wanted to grow the business this year, and he suggested the business is moving in the right direction to achieving that aim. Taking Q2 in isolation, motor income was slightly up to £210m, from £207m in Q2 2018.

“At the beginning of the year I talked about returning our business to growth,” Watson said. “At half year, income levels continue to reflect our disciplined approach to pricing in soft market conditions, as well as our exit from underperforming schemes.

“The gap, however, is starting to narrow and we have seen motor income increase year on year in the last quarter.

“We’re making good progress in the broker channel with a number of new deals coming to fruition later this year.

“These deals are evidence of the strong relationships we have in this market, the desire for brokers to work with us as their strategic partner, and our appetite to help them grow.”

Watson added that Ageas has also seen growth in its direct channel, and in particular on aggregator sites where customers can now buy Ageas branded car insurance.

“Looking ahead, we aim to maintain the momentum on our plans to grow across our channels, while modernising through improved digital and data developments that will enhance our overall customer experience,” Watson said.

How Ageas will be brokers’ best friend - Middle and Clarke interview 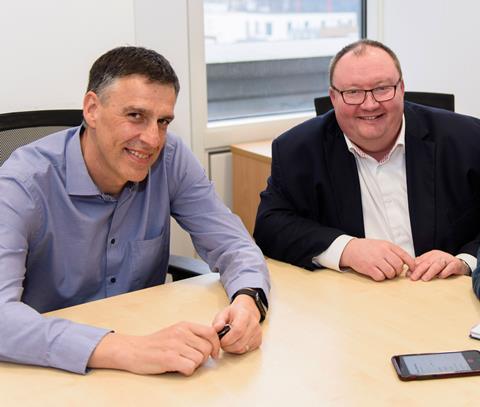