Insurers have reacted to the news last week that the Scottish courts will set personal injury compensation at a different rate to England and Wales.

Courts in Scotland will calculate compensating based on a discount rate figure of -0.75% compared to the England and Wales figure of -0.25%. The result will see awards in Scotland set to be significantly higher than those in England.

Legal experts have said that the ruling will open the door to claimants “forum shopping”, looking at ways they can have their case heard in Scotland with the expectation of a higher award.

Underwriters have reacted cautiously to the news, but Direct Line believes the ruling goes against a basic principle of current UK law.

“We are naturally very disappointed with the decision and in our view, this breaches the principle of 100% compensation,” a spokesperson for Direct Line told Insurance Times.

The principle of 100% compensation was introduced to ensure that the claimant, if the case if proved, receives the whole award handed down, with the legal costs not being removed from the compensation sum.

The spokesperson added that while the decision was a concern it did not mean there would now be a clear discrepancy in the premiums charged north and south of the border.

“Having said that the compensation rate is only one factor that goes into the process of deciding premium rates,” they said.

Aviva said the decision did not reflect the real world.

“Aviva believes in full and fair compensation for people injured at work or in road traffic accidents, however we have always maintained that this needs to be carefully balanced with the wider cost to motorists and employers in Scotland,” a spokesperson for the insurer told Insurance Times. “We are disappointed that the Scottish Government has announced a rate which will increase pressure on insurance premiums in Scotland.

“The new rate in Scotland does not reflect real-world investment returns achieved by claimant investors and is likely to impose unnecessary and disproportionate costs on employers in Scotland and millions of Scottish motorists – most notably those that present the highest risk, such as young and older drivers.” 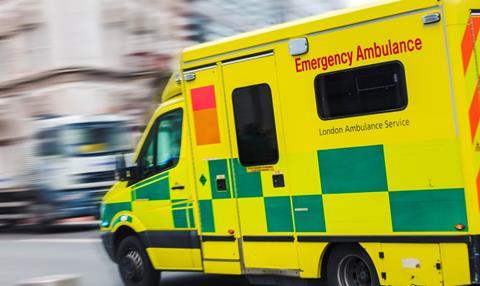