A total of 12 members have joined the group, planning to act to protect the UK economy as ‘when the next risk comes, we must be ready for it’

Terrorism reinsurer Pool Re has launched an expert advisory group to explore how to protect the UK economy from systemic risks.

The group, called Re:New, aims to unite experts from insurance, government, industry, academia and beyond to determine how the insurance industry, the private sector, public sector and the public itself can work together to shield the UK from risks such as climate change and cyber terrorism.

The group plans to develop a series of report-based recommendations that focus on resiliency and consider the intellectual, commercial and political challenges faced by the insurance industry and related fields.

Pool Re chief executive Julian Enoizi said: “In the past, when the world was confronted by a new risk, our industry’s promise to society was that it would insure it.

“Today, the scale of the risks we face dwarf what insurers alone can handle - but there is still a critical role insurance can play, working in a new kind of partnership with government, businesses and society.”

Members who have confirmed to join Re:New include:

Enoizi continued: “Pool Re was founded as a better way to share the costs and burden of terrorism risks between the government and insurers. 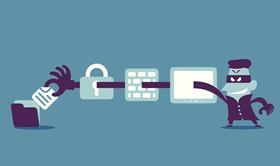 “We have shown that the model works for terrorism and we believe there is much to be learnt from its success.

“Drawing together diverse thinkers, Re:New will explore how Pool Re’s approach, and others like it, could be applied to risks of all kinds, from cyber terrorism to the hazards associated with climate change.

“When the next risk comes, we must be ready for it.”

Established in 1993 by the UK government, Pool Re was created in response to the losses and uncertainty caused by the Provisional Irish Republican Army’s bombings in financial centres in London and Manchester between 1968 and 1998.

It offers a financial safety net for around £2.2 trillion worth of assets and businesses of all sizes – from shopping centres and local traders, to airports and power grids, across sectors of the economy such as real estate, retail, transport, construction and energy.