This is because they can be targeted by low complexity methods such as vehicular and bladed weapon attacks, although more sophisticated methods such as bombings remain a possibility. 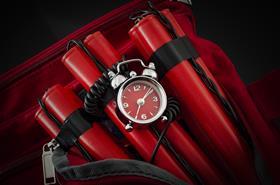 The mutual’s specialist terrorism risk division – Solutions launched its second report on 19 July, called Sector Risk Report: Retail and Hospitality, which revealed that these sectors remain a target due to people being in a publicly accessible location.

It said that businesses which cater to specific customers were more at risk as they seek to target groups such as government representatives.

Ed Butler, Pool Re’s chief resilience officer, said: “With restrictions in the UK further easing this week and the re-emergence of crowds, retail and hospitality locations are especially at risk given their visibility and public significance. Innovations to accommodate social distancing like external queuing, outdoor dining spaces and the pedestrianisation of roads have created new vulnerabilities.

“At the same time, many businesses have lost experienced staff and have redirected scarce resources away from counterterrorism and protective security investment.

The report said the UK government is considering new legislation called a “protect duty” which will impose greater responsibilities on business owners and operators in retail and hospitality to mitigate the threat of terrorism.

The draft legislation’s duty will focus on public spaces, there will be an expectation that all sectors should act as a “community of shared responsibility”.

It looks at relevant case studies such as the 1999 London nail bombings in Brixton, Brick Lane and the Admiral Duncan pub in Soho, the 2008 Mumbai attacks, the 2013 Westgate Mall attack, the 2016 Berlin Christmas market attack as well as the 2017 London Bridge – Borough Market attack and the 2017 Oxford Street “false alarm” on Black Friday.

Butler added: “Our priority is to improve the understanding of and resilience to terrorism.”