Research reveals older properties have the biggest range of premiums

New data from Avantia has revealed the property types that home insurers find hardest to price.

The insurtech, which analysed home insurance quotes coming through price comparison websites, found that older properties prove the most troublesome for insurers’ pricing teams, with properties built before 1852 having the highest range of premiums at £5,460, closely followed by listed properties, with a range of £5,346.

The third most difficult group of properties to price, properties with six or more bedrooms, had a range of just £1,054. 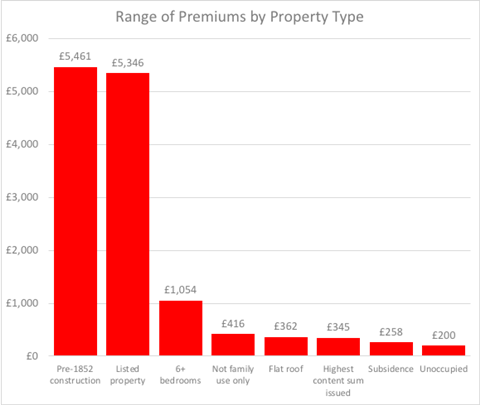 Avantia chief executive Mark Eastham says that one of the reasons for the greater variance in premiums for older houses is the lack of standardisation across different builds, making it more difficult to price the risk.

“Old builds present several challenges,” he says. “Firstly, older properties were often custom built so there is more variance in their fabric and structure. Before the age of new build giants like Barret, houses weren’t all made the same way to the same specification, meaning older properties are often unique in size and shape.

“This makes accurate quoting for this bracket very difficult because there isn’t a big enough sample size to work out the averages for pricing.”

In addition, the different materials, styles and quality of the builds makes it much harder to assess the overall cost of a claim, something that is particularly difficult if a building is listed.

“The range of construction dates [on older properties] is much wider, meaning materials and methods are varied,” Eastham says. “Nearly 5 million homes in the UK were built prior to the 1900s. After this, there were booms in mass construction (like post-war properties) where the methods, materials and locations became increasingly uniform.

“Not only this, but modern legislation on construction methods and safety requirements means that new properties have a certain standard and claiming is simpler. For older builds, it’s much more difficult for the insurer to estimate the costs of any damages or rebuilding in the event of a claim.” 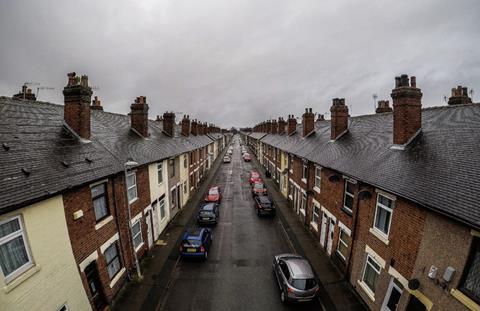 Eastham adds that the mass urbanisation of the country following World War II means that older properties are often more rural, and more difficult to access. This increases the cost of claims, and pushes up premiums.

“The post-war period saw mass urbanisation, so most houses were built in cities,” he says. “Older properties, however, are often in smaller areas, which are harder to reach and source material for, which can make estimating their peril exposure difficult.

“Insurers have to factor in allocating increased cost of transporting material or sourcing alternative accommodation in the event of a claim.”

“Technological capabilities are a firm’s biggest ally here,” he says. “It’s crucial for accurately pricing such irregular assets at scale. Insurers who have the most advanced modelling and analytics capabilities are best placed to price these properties accurately and minimise loss ratio.

“But this technology needs to be applied to the best possible data.”

Ultimately getting the best possible data is all about balance.

“You could have an ‘easier’ price presented if you asked less questions and included less data,” Eastham says. “However, more questions and data means a more accurate price can be generated. In reality, the most efficient process involves a medium sized question set and a moderate amount of external data.

“This blend gives the necessary insights for accuracy and means the customer is not overwhelmed by questions, and actually makes it to the end of the journey. Having a smaller question set makes the customer’s experience simpler, but requires additional external data to accurately price risk, which can be costly.”