Rochdale MP Tony Lloyd has launched an Early Day Motion (EDM) calling for a reassessment of the deal between Markerstudy and Co-operative Insurance.

The EDM was launched on 1 September, urging for the sale of Co-op Insurance to Markerstudy to be discussed in Parliament - the EDM called on the Co-op to reassess its decision to sell.

On the same day, trade union Unite joined forces with Lloyd to protest against around 200 job losses that would be included in the proposed sale of the Manchester branch of Co-op Insurance.

Unite, Lloyd and political figures from the North West gathered in the morning outside the birthplace of the Co-operative movement. Congregating by Rochdale Pioneer Museum, the group opposed the job losses at the Co-op Insurance and the de-recognition of the independent trade union.

Lloyd said: “It’s not just me that expects a level of ethical behaviour by the co-operative movement and that’s why the decision of Co-operative Insurance to ignore the needs of its own workforce, a workforce that has served the company over the years, is so unacceptable.

“In this day and age, to sell on a workforce, knowing that they’ll lose their employment rights, lose the right to be protected by the trade union of their choice, is reprehensible. Amongst many others, I’m calling on the management of Co-operative Insurance to rethink this decision.”

Unite has deemed the decision to sell the heavily unionised organisation as “a betrayal of the ethical philosophy and principles of the co-operative movement”.

Markerstudy stated they will not engage with union representatives regarding the trade union recognition for the remaining 800 staff.

Ritchie James, Unite’s regional secretary, said: “The management of Co-operative Insurance need to wake up to the reality of their actions. The workforce won’t be silenced by their pleas of innocence. The planned sale of this insurance business is a without question a betrayal of the values of the co-operative movement.

“Unite has seen the anger that the proposed sale to Markerstudy has brought throughout the workforce. The decision to sell this heavily unionised organisation to a company which has no regard for the voice of its employees has sent shock waves through our movement. The loss of 200 jobs simply adds insult to injury of this proud workforce.”

Meanwhile, councillor Allen Brett, leader of Rochdale Borough Council, said: “As council leader for the town that gave birth to co-operation, I am appalled at this disgraceful decision, which goes against every progressive principle the Co-op has stood for since its foundation.”

Brett continued: “Our co-operative values have never mattered as much, so to axe 200 jobs and strip the remaining staff of independent representation is a cynical betrayal of everything our movement stands for. I am proud to be standing in solidarity with the workers, to overturn this proposal and maintain the progressive co-operative values of equality, fairness and social responsibility.

“By uniting together, we can win this campaign, ensuring people’s jobs, rights and pay packages are saved from managers, who seem to be measuring the price of everything and the value of nothing.”

Markerstudy and the Co-operative Insurance has been contacted for comment. 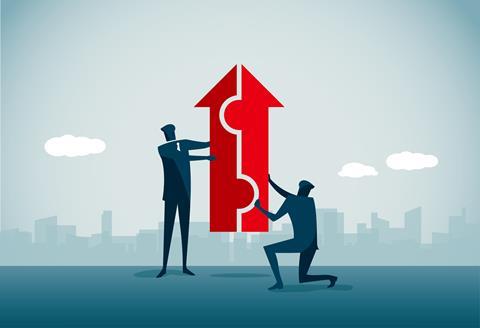 Read more…Briefing: Why insurance is key to economic recovery post-Covid-19