The London-based insurer shows improvements across its weather, large loss, attritional loss and controllable expense ratios for the past nine months.

RSA Insurance Group has reported an increase in underwriting profits for the first nine months of 2019, recording group net written premiums of £4.865m.

The insurer’s quarter three trading update, published today, stated that despite market conditions being competitive, the business has had to accommodate underwriting actions in its portfolios that are responding to industry losses.

In conjunction with this, the firm explained that financial markets still pose a challenge, especially with regards to lower bond yields.

In the UK and internationally, RSA reported that its premium income has fallen by 3%, when adjusted for 2019 reinsurance charges, portfolio exits and premium restatements.

This compares to a 2% premium improvement in Scandinavia, attributed to growth in the firm’s personal lines market as well as portfolio actions in Danish Commercial Lines. 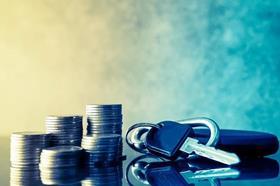 What effect will the Ogden Discount Rate increase have on premiums?

RSA’s business in Canada has also reported a premium increase of 4%, again tied to pricing gains and volume growth in direct personal lines. Its broker intermediated business in this region, however, saw volume contraction, due to pricing and underwriting actions.

Its group weather costs, for example, formed 2.6% of net earned premiums, while RSA’s large loss ratio is reported at 9.6%, or 9.9% including exit portfolios.

As expected, the business’s exit portfolios generated a modest loss in quarter three of 2019.

The group’s solvency II coverage ratio is reported as 169% as at 30 September, versus 170% in December 2018, while the business’s IFRS pension surplus in the UK is recorded as £287m; £63m more than its half year findings.

RSA is working on a UK-based cost reduction programme; this will be more fully detailed within the insurer’s year end results. Restructuring charges amounting to £8m were booked in Q3 relating to this project.

Stephen Hester, group chief executive at RSA, said: “RSA’s results to end September are strong, and consistent with our plans for the period.

“Current year underwriting results have sharply improved, with all our regional businesses contributing.

“There is lots more to do – not least to finish 2019 well, with momentum into next year.”