The tabled bill represents ‘the beginning of the development of a new UK regulatory regime’, paves the way for Solvency II reform and furnishes the FCA with new regulatory powers

The UK government has this week (20 July 2022) published its long-awaited Financial Services and Markets Bill and introduced it to parliament, where it is currently undergoing a second reading in the House of Commons. 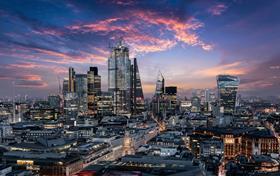 The bill will allow the government to repeal European Union (EU) laws that presently govern UK financial services firms and markets – such as Solvency II requirements. This action aims to bolster the competitiveness of the UK as a global financial centre post-Brexit.

Currently, the Financial Services and Markets Bill is expected to be signed into law in the first half of 2023.

The government’s bill introduces a new secondary requirement for the FCA to “promote the growth and competitiveness of the UK economy, including the financial services sector”.

It will also furnish the FCA with new powers related to its responsibility to ensure the “safety and soundness of firms”, according to new chancellor of the exchequer Nadhim Zahawi.

Voices within the insurance sector have long called for this requirement to be implemented – for example, Biba made this topic a key part of its annual manifesto, which launched at the beginning of the year (25 January 2022).

Graeme Trudgill, Biba’s executive director, said: “We welcome the inclusion in this bill of an international competitiveness and growth objective for the regulators. Biba has campaigned on this for the last four years and it should make the regulator more balanced and more accountable.

“It is important going forward that the FCA [tests itself] against this objective when [proposing] new policy or requirements and we expect to see [the regulator] reporting on this.”

Biba’s head of compliance and training, David Sparkes, added: “We are concerned that setting this new growth and international competitiveness objective below the FCA’s operational objectives – which themselves sit below its statutory objective – has the effect of making it a tertiary objective rather than a secondary one.

“This does raise questions around the degree of importance with which it will be held.”

A statement from Biba added that it was seeking assurances from the FCA that its new competitiveness requirement would not be seen as a minor consideration.

“There remain questions about what the regulators need to be doing to show that they are fully considering our competitive position. The bill gives them a great deal more power, but on our initial reading, it appears they also have the power to set and mark their own homework.

“We need to see more detail on the accountability measures that government and parliament will have to ensure that we get the culture change we need.”

Solvency II requirements, which were implemented in January 2016, are one hangover of EU law that the new bill has taken aim at. 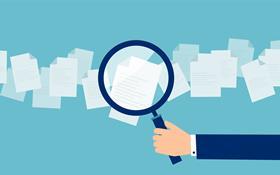 The Solvency II regime sets out the regulatory requirements for insurance firms around financial resources, governance and accountability and risk assessment.

Originally intended to codify and harmonise EU insurance regulation, Solvency II rules primarily address the amount of capital that EU insurance companies must hold to reduce their risk of insolvency.

By amending Solvency II requirements, the UK government hopes to unlock billions of pounds for investment – ministers hope that by relaxing the amount of capital required to be held in reserve, UK insurance companies will be able to use the freed capital to make investments in the UK’s growth.

In a Mansion House speech delivered last week (19 July 2022) – prior to the new bill’s publication – Zahawi explained that the bill would “enable [government] to reform Solvency II and give UK insurers more flexibility to invest in long-term assets, like infrastructure”.

“This investment is fundamental to the levelling up agenda as well as the UK’s transition to net zero. However, we urge the government to provide greater certainty in the market by introducing a framework which protects long-term investment from political and policy change.”

How does the UK government plan to reform Solvency II?

Trade association the ABI is more sceptical about the proposed Solvency II reform, however – it said that current plans required “further work to meet objectives”.

The ABI believes that the current proposals would not achieve the suggested release of between 10% and 15% of capital for reinvestment.

Hannah Gurga, director general of the ABI, said: “We all want to see reform of the Solvency II regime that works best for the needs of the UK and enables investment at a crucial time.

“The current proposals do not realise that opportunity and would risk penalising pension customers as a result of the increased costs associated with the proposed reform.”

Broking giant Willis Towers Watson (WTW) today (22 July 2022) publicly released a report – commissioned by the ABI – that stated it did not believe that current reform proposals would “realise the opportunity to release more capital for investment”.

It explained: “For the majority of annuity writers, the proposals would result in lower available capital and not provide the types of release indicated to meet [the Treasury’s] objectives.”

WTW director and co-author of the report, Anthony Plotnek, added: “It is detrimental to the UK economy and future policyholders to have overly prudent protection for existing policyholders as this will drive up future prices, likely increase the use of overseas reinsurance and reduce the capital for UK government climate change and mean less investment in productive assets.

“A more balanced package of reforms is required to avoid significant change to the level and volatility of the matching adjustment and result in a less polarised outcome for different types of insurers.”

Devil is in the detail

The new bill will now be subjected to the amendments process as it passes through both houses of the legislature.

Jonathan Herbst, global head of financial services regulation at law firm Norton Rose Fulbright, said: “Anyone who thought that post-Brexit there would be a period of inactivity needs to change their view.

“The bill is proof of the seriousness of the divergence agenda from the EU. The new powers of the regulators need to be seen in this context.

“All the devil will be in the detail to follow - this is nothing less than the beginning of the development of a new UK regulatory regime.

“Financial institutions and others, such as technology companies and other critical third parties, now need to position themselves to ensure they can operate within this new regulatory landscape.”