The UK now has more tech unicorns than Germany, France and the Netherlands combined - MP Oliver Dowden says this ’cements the UK as one of the world’s top tech hubs’

The UK’s tech sector has reached 100 unicorns, making it the first country in Europe to hit this milestone in the first half of 2021 following the valuation of insurtech Tractable at $1bn, according to data from Dealroom and Tech Nation.

A unicorn is a startup valued at $1bn or more.

Tractable became the third unicorn in the insurtech sector in 2021, as well as the UK’s 100th tech unicorn overall, following a series D fundraise of $50m which took the company’s valuation to $1bn. 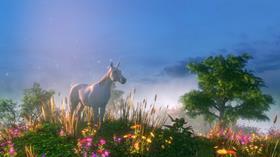 The UK now joins the US and China as the only nations to have triple digit tech unicorns globally. The UK has more tech unicorns than Germany (42), France (22) and the Netherlands (18) combined.

Oliver Dowden, MP and digital secretary, said: “Smashing through this milestone cements the UK’s place as one of the world’s top tech hubs.

“The government is backing our brilliant innovators and entrepreneurs by investing in world-class digital infrastructure and people skills, so that we can create hundreds of thousands of new jobs and level up opportunity across the country.”

This follows three insurtechs becoming unicorns in the past six months – Zego, Bought by Many and Tractable.

UK tech unicorn creation reflects the rapid growth of the technology sector - so far in 2021, 13 UK tech unicorns have already been created, compared to only 7 for 2020. 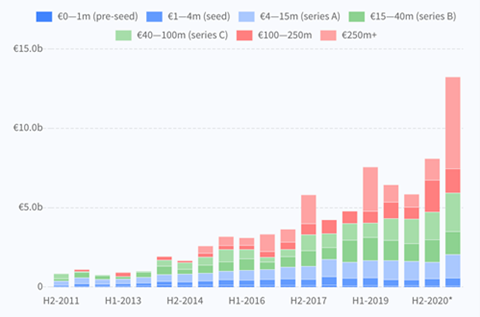 Therefore, UK tech unicorn creation has increased by 127% since 2017, when the UK was home to 44 tech unicorns.

”Only three countries have created unicorns in triple figures: the US, China and the UK.

“The raw unicorn figures can be a sign of a maturing ecosystem, but there is also no let up in pace.

”The 2021 Unicorn Founders Club will be welcoming new members before long.”

“It’s a privilege to have worked closely with many of these inspiring companies, helping them navigate scaling challenges as they continue to transform every corner of UK industry.

”At Tech Nation, we look forward to continuing to support these rapidly growing businesses, as well as nurturing the next generation of tech unicorns.”

On average, 34% of UK tech unicorns are fintech companies, 14% are healthtech, 8% deal in travel and transport tech, 5% work in the foodtech sector and 4% cover gaming.

Speaking on the news that Tractable helped the UK hit the milestone of 100 tech unicorns, Alex Dalyac, Tractable’s co-founder and chief executive, said: “Tractable is a UK success story, built by people who studied artificial intelligence (AI) at British universities and joined together at Entrepreneur First, a UK programme for scaling great companies.

“While most of our 200 staff are located in the UK, over 90% of our revenues are generated abroad and we count over 25 of the world’s largest insurers as our customers. We’re proud to be the UK’s latest unicorn and the world’s first computer vision unicorn for financial services.”

Adrien Cohen, Tractable’s co-founder and president, added: “As a company, Tractable has benefited hugely from the UK’s supportive tech ecosystem and its diverse pool of talent, which is unique in Europe.

“We’ve been able to attract talented researchers, software engineers and AI specialists to build cutting-edge solutions that are helping people across the world recover faster from accidents and disasters. It’s technology built in the UK, having a positive impact for millions of people globally.”