US disruptor to buy $10m bitcoin in preparation for the move

The firm will purchase $10m of bitcoin in the second quarter to pave way for the move.

This development is the latest indicator of growing interest from the insurance sector in cryptocurrency. 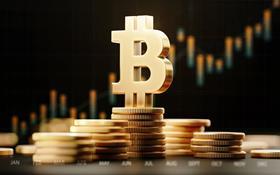 According to Finder, 19% of Brits have bought cryptocurrency as at February 2021. This is an increase of 558% since 2018, when just 3% of the UK population owned cryptocurrency. This means it could be a target for high net worth products.

Supporters argue bitcoin, with its limited supply, is digital gold and a hedge against inflation.

However, cryptocurrency is coming under intense regulatory scrutiny, both in the UK and across the world, amid its huge boom in the last six months.

The FCA recently banned retail trading in derivative cryptocurrency, citing the difficulty in valuing it as an asset. US Treasury secretary Janet Yellen called bitcoin an ”extremely inefficient” way to transact business.

Bitcoin’s rise has cooled off in the last month as it struggles to break $60,000, but investors are piling into altcoins - an alternative cryptocurrency to bitcoin - in scenes reminiscent to the build of the last crash in 2018.