Trade body the ABI has committed to improve workplace opportunities for black, Asian and minority ethnic colleagues by signing the Race at Work Charter – a set of five principles compiled by business-community outreach charity Business in the Community (BITC).

Signatories of the Race at Work Charter commit to:

Around 32 of the ABI’s insurer members have also signed the charter.

The strategy aims to help attract, nurture and retain a diverse range of talent and works to promote an environment where all colleagues feel able to bring their whole selves to work. For the ABI, this involves continuing to offer flexible working, tracking progress on inclusion through an employee engagement survey and supporting its INvolve mentoring scheme for LGBTQ+, black, Asian and minority ethnic staff.

The ABI is also committing to the following measures:

Next year, the ABI also plans to launch an industry-wide flexible working and job sharing campaign, designed to reduce the gender seniority gap.

Huw Evans, director general of the ABI, said: “Making our industry more representative of the customers we serve is vital, but we also need to focus on how we retain and develop talent and create the kind of inclusive environment that people want to be part of.

“Whilst we’ve made progress as an industry on issues like gender equality, we know overall that progress is too slow. It’s time to step up our efforts and it’s fantastic to see how many of our members have committed to taking action.”

Sandra Kerr, race director at Business in the Community, added: “Signing the Race at Work Charter is not just a promise to act within your own organisation. It is also a recognition that you are part of something bigger: diversity and inclusion is not defined by a logo.

“Today, we can see that in action as companies across the insurance sector in their determination to create fairer work environments so that black, Asian and ethnic minority talent can know that they belong and that they can progress and thrive.”

Two of the ABI’s insurer members that have also signed the Race at Work Charter include Allianz Insurance and LV=General Insurance.

Jon Dye, Allianz Holdings chief executive and chair of the D&I steering group for Allianz Insurance, described the commitment as a “key milestone on our diversity and inclusion journey”.

He continued: “We take the topic really seriously and have been making great strides over recent years helped greatly by our fantastic employee led networks, of which race and international cultural heritage is one. We’re working hard to foster a diverse and inclusive culture within our organisation but recognise we have more work to do across the D&I spectrum, particularly in ensuring people from ethnic minorities are represented at all levels.

“Talking about D&I is important, but it has to be backed by action. Words without deeds are of no use and that’s where it’s so important for it to be an engrained part of company culture.

“We want to make a difference and improve equality of opportunity in the workplace, so by signing charters like these we are holding ourselves publicly accountable. Through our brands we have a powerful voice that impacts both employees and customers.”

Steve Treloar, chief executive at LV=GI, added: “This is a really important and exciting moment for ourselves and Allianz as we continue to develop and build our diversity and inclusion proposition.

“We’ve worked hard to foster a diverse and inclusive culture at LV= GI, but also realise we have more work to do in the area of race and racial equality, which is why we’re publicly committing to taking action by signing the Race at Work Charter.

“We have a massive responsibility to deliver on this set of five principal calls to action and ensure our workplace is representative of British society today, and in the process let our customers and the people around us know that we want to make a difference to improving equality of opportunity in the workplace, and everything that brings with it.

“LV=GI and Allianz UK will be working closely to develop a plan of action to drive forward and deliver on a set of initiatives to meet each of the commitments, and we look forward to updating on progress in the months ahead.” 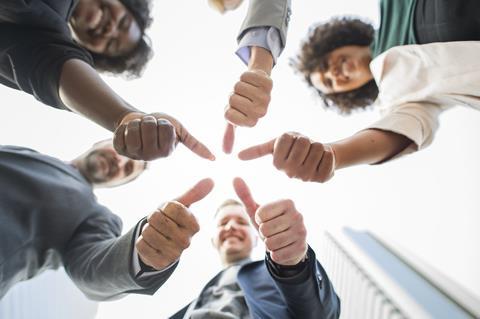 Read more…The Rooney Rule: Could it improve the recruitment and retention of ethnic minorities in insurance?