Barrett has spent much of his career working in the insurance industry, including at firms such as Mitsui Sumitomo, QBE, XL Group, Hamilton Insurance Group and Markel International. 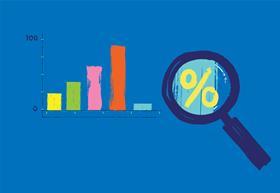 “He obviously brings with him a wealth of experience from several major insurance businesses that will be a great benefit to us as ARAG continues to grow.”

Barrett added: “I’m excited to be joining ARAG at such an important time in the company’s growth.

“It is clearly a very difficult time for so many businesses, all around the world, but ARAG has established a strong market position and has the backing of a very large and secure European group, which has provided a very solid foundation on which to build.”

Moreton was part of the original team that founded ARAG’s UK operation in 2006 – he has remained as the senior finance officer and company secretary ever since. He is due to retire in the first quarter of 2021.