Ardonagh Group expands down under with Resilium buy

Resilium connects a network of more than 150 corporate Authorised Representatives (ARs) with over 100 insurers globally. It provides business and personal insurance solutions to clients across Australia and has offices in Sydney, Melbourne and the Gold Coast.

The group funded the purchase through its acquisition facility.

Ardonagh’s group chief executive David Ross said: “We’re thrilled to be welcoming Resilium into the Ardonagh portfolio as the centrepiece of our Australian operations and to be empowering this well-respected, high calibre team to enter their next exciting chapter of growth.”

“The opportunity to accelerate the execution of Resilium’s strategic ambitions via the backing, resources and scale of Ardonagh is clear and compelling, as is the chance to share learnings and leverage expertise from the expansion journeys of the group’s existing UK intermediary networks.” 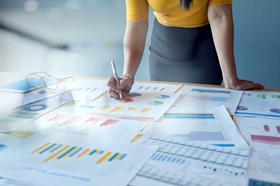 The intermediary network will continue to be led by managing director Adrian Kitchin, who has managed the business’s growth trajectory over the past five years.

He will be joined on the board by Paul Lynam, who will begin the newly created role of chairman. Lynam has 30 years of experience in insurance across broking and underwriting and will oversee the group’s M&A pipeline in the region.

He will also work with Kitchin and the management team to leverage opportunities for Ardonagh’s wider portfolio in Australia.

Kitchin added: “The strategic backing of Ardonagh will turbo-charge Resilium’s trajectory, giving us access to the capital and resources to explore strategic, complementary acquisitions across the country while also continuing to grow organically.

“With access to the full suite of Ardonagh’s assets including technology, facilities and Lloyd’s market access, the expanded value proposition for our ARs enables us to cement Resilium’s status as the preeminent Australian general insurance AR network of choice.”