Ardonagh to invest in M&A broker 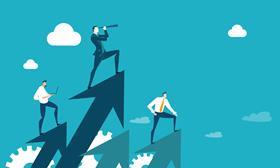 The trade and assets of HWF will be acquired by Hamilton Investment Bidco Limited, a subsidiary of Ardonagh, which will be renamed Hemsley Wynne Furlonge Partners Limited.

HWF’s 17-strong team, which includes founding partners Will Hemsley, Rebecca Wynne and Adrian Furlonge, will join Ardonagh upon completion of the deal; however, the business will continue to trade independently under the Hemsley Wynne Furlonge Partners brand.

”The business’s sustained growth and the trust that has been placed in it by many of the world’s leading legal and financial advisors on marquee transactions is testament to the quality of operations built by the partners.

“We are committed to providing the firepower and support the team deserves for the next phase of its trajectory and at a time of strong M&A market recovery.”

Ardonagh intends to fund the purchase via its committed acquisition facility.

HWF’s co-founder Will Hemsley added: “The last six years have been a phenomenal journey and we’re incredibly proud of the business we have built.

”Joining Ardonagh affords the HWF team the backing and support to not only continue as a market leader, but also [to] accelerate our expansion into new jurisdictions and product lines whilst maintaining our independence and identity.

”This is a hugely exciting step, not only for our team, but a milestone event that our clients will benefit from.”

HWF has offices in London and Germany. The team has advised on more than 2,000 transactions spanning 51 countries, with deal values ranging from £5m to in excess of £8bn.

HWF has grown substantially since its launch in 2014 and last year recorded £10m of revenue.

Brokers it’s time to have your say about the extranet platforms and software houses that you’ve used in the last 12 months. Brokers take part to influence your etrading partners and you could win £250 John Lewis vouchers!