Insurer Aviva has today (1 October 2021) completed of the sale of its Italian general insurance business, Aviva Italia, to Allianz for a £284m cash consideration. 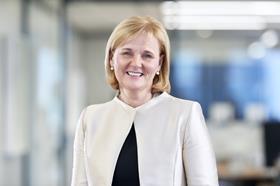 The sale of the remainder of Aviva’s Italian business was initially announced on 4 March 2021 as part of the insurer’s plans to streamline its operations and strengthen its balance sheet.

At the time, Aviva’s chief executive Amanda Blanc said: “The sale of our Italian operations to high quality buyers is a positive outcome for our customers, employees, distributors and shareholders.”

In February 2021, Aviva was in talks about selling its Italian life insurance arm - Aviva Vita - to CNP Assurances in Paris.

Meanwhile, last year in November, Aviva announced the sale of 80% of Aviva Vita for £350m (€400m) as it continued to follow through in selling less profitable foreign businesses.

These divestments followed Blanc’s statement in August 2020 revealing Aviva’s new strategy to refocus the business on becoming a “UK champion” - it has since made a number of divestments, generating £5bn in cash proceeds.