AXA UK has narrowed its gender pay gap; it is 0.2% and 0.8% respectively narrower than last year.

Key drivers for the gap remain as gender distribution across junior and senior roles.

The insurer revealed that it had reduced the difference between wages and bonuses paid to men and women in its gender pay gap report.

But it still needs to pursue its efforts towards parity.

Claudio Gienal, chief executive, AXA UK & Ireland, said: “Having an inclusive workplace is at the core of our values and we are determined to share opportunities and rewards fairly. People are at the centre of everything we do. Only by empowering them will we achieve our ambitions.”

AXA UK has set out some concrete steps to support the number of women in senior roles and ensure it remains a priority.

“We’re focused on increasing the representation of women at senior levels, not just because it’s the right thing to do; it’s absolutely vital for the culture of the company and for our financial success. Research shows that companies with more women in leadership roles deliver better returns and are more successful,” Charles-Jones added.

The insurer also has measures in place to support non-binary roles.

However, while some entities – AXA UK plc and AXA PPP Healthcare improved over the last twelve months, others saw the gap widen slightly.

These included a remuneration restructure in Health Online increased pay for sales roles including reduced bonuses.

And as these roles are predominantly male, this had an impact on the gender pay gap figures.

When it comes to bonuses however, women receive 25% less than men in median terms, and 43% less in mean (average) terms.

The bonus gap is narrower than last year by respectively 6.4% and 3.5%.

For both pay and bonuses, the key driver for the gaps remains the proportions of each gender at various levels in the organisation.

Such as more women work in junior roles and more men in senior roles. There are also more men in some professional families which attract higher wages such as IT and actuarial, although this has less of an impact on the figures than gender distribution.

Lucinda Charles-Jones, group HR director, AXA UK & Ireland, said: “We are under no illusions that it will take time to close the gender pay gap. However, with AXA’s positive culture and driven mind set, I am confident we can tackle it. 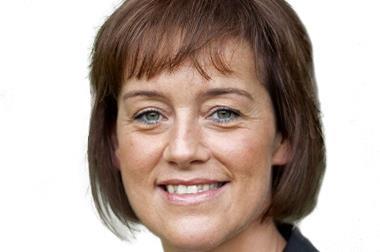