Alongside Brinley, the broker has also snapped up Joe Capp – previously Traveler’s head of operations for Europe – as its group chief operating officer. It has also appointed David Russell as its new chief risk and compliance officer. 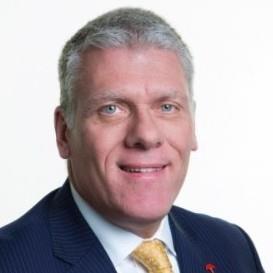 The three appointments, which are subject to regulatory approval, aim to support Be Wiser’s growth and customer engagement plans.

The trio have a wealth of experience between them. Brinley, for example, previously served as Zurich’s finance director for personal lines, while at Endsleigh he held numerous c-suite positions during his tenure, including chief financial officer and chief executive.

Copp, on the other hand, was operations manager at Chubb for around 10 years before moving to insurer Allianz, where he became its head of operations. In 2012, he joined Travelers.

Russell has completed tenures at firms such as RSA, the FSA and HM Treasury. He has also worked at Allied World’s Lloyd’s Managing Agency, most recently as managing director. Alongside this, he is also an independent non-executive director for fintech platform InsurerCore.

Speaking on this injection of talent to the business, Be Wiser chief executive Sharon Beckett said: “The changes are a significant next step in the company’s drive for growth and give great input and overview to our quality executive team.

“This dynamic new alignment of our executive roles is designed to create the best and most effective structure to continue driving our business forward, as well as ensuring transparency of our governance and management responsibilities.”

In addition to the new hires, Neil Macmillan has swapped roles with Peter Hubbard to become Be Wiser’s independent non-executive chairman.

Hubbard remains as an independent non-executive director, but should now have more resources to work with Be Wiser founder Mark Bower-Dyke to help the business achieve its aspirations.

Macmillian, who’s career spans 30 years, started taking on non-executive director roles in 2014 following positions at RSA Group and EY. He is also the chairman of DAS UK Group and is a board director of Allied World’s Lloyds Syndicate and European businesses. 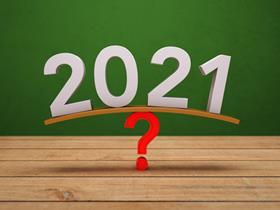 Read more…The Big Question December 2020: What challenges and opportunities do you expect for 2021?

Hubbard has a string of non-executive roles to his names, at firms such as QMetric, the Managing General Agents’ Association and Dudley Building Society – he joined Co-op Insurance as its chairman in September 2017 too.

Prior to this, he held senior roles at UK General Insurance, Lloyds Banking Group and AXA UK.

On this switch, Bower-Dyke said: “Peter remains very involved in the business and is keen to help move us forward.

“This change of role enables him to do exactly that and we are very fortunate to have the continued input of such a skilful figure within our industry.

“I’m also delighted that Neil is able to step into the chairman role, further developing the very valuable contribution he has already made.”