Brightside’s MGA –Kitsune has finally opened for trading as it aims to deliver £20-25m of GWP within the next 12 months.

Its managing director, Trevor Bowers, said it has already begun writing policies in private car and commercial vehicle insurance and it will roll out to selected wholesale brokers during Q1 this year.

And commercial vehicle will be going onto Open GI before summer this year.

It will also explore the addition of other lines like SME, taxi, minibus and fleet, where Kitsune will look to support Brightside’s insurer panels, through the Group’s One Insurance brand.

And there are clear plans to scale up the business and add “significant value” to the Group, to which the MGA is adopting a “cautious approach.”

The insurance broker originally planned to go live with Kitsune in September 2017, but this was stalled due to changes in the Ogden rate.

The Randall and Quilter Investment Holdings Ltd (R&Q) backed MGA is seeking to build a reputation as a supporter of the broker market.

Bowers said: “We have built Kitsune on the basis of listening acutely to what our brokers need and providing the service and attention they require.”

And the MGA has put together a body of partners to deliver its vision to create a virtual insurer.

These include CDL retail community which it signed with last year in November to distribute its motor product line to Brightside’s Group brands which trades £4bn.

While the MGA’s model has a “heavy emphasis on new technology for data and analytics.”

Bowers said: “Diversification has been built into our operating model, both in servicing capability for more brokers and bringing new products onstream.

“A diversified, well managed portfolio is good for our partners and also good for capacity providers because it enables us to better manage profitability through the cycle.”

“I am confident that, under Trevor’s leadership, Kitsune will significantly enhance the value and reputation of Brightside Group, for the benefit of all our stakeholders.”

He explained that it will help fulfil the firm’s key strategic aims of building scale, exploiting digital technology and focusing on niches.

The name – Kitsune was proposed by a staff member after Brightside colleagues were asked to suggest idea.

The Japanese word for Fox, the animal is portrayed in folkloric stories as an intelligent being possessing paranormal abilities that grow with age and wisdom. 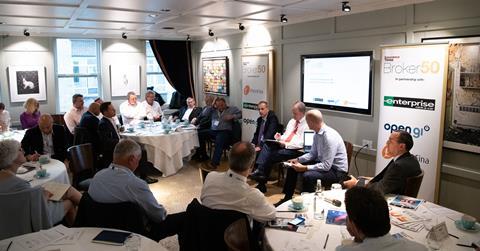