This will be effective from 1 April, Fresneau will take over the role from Sam Harrison who will be joining QBE’s group executive committee as its group chief underwriting officer. 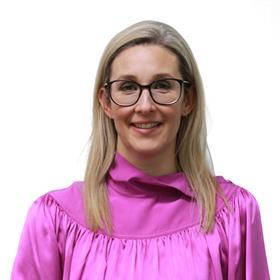 Jason Harris, chief executive at QBE International said: “Since joining QBE in 2018 Fresneau has driven very positive change in our UK business to further cement the success of the division and to ensure that our customers remain central to our proposition.”

With over 20 years of insurance industry experience Fresneau was recently appointed as active underwriter for syndicate 386 – a position she will continue to hold.

In her new role, Fresneau will focus on the execution and delivery of key customer and operational initiatives as well as overseeing the development of QBE in its key markets.

Harris continued: “We have an ambitious agenda for our European business, and I look forward to working with Fresneau to achieve it and more.”

In addition to this announcement, Nick Hankin’s appointment as chief underwriting officer for QBE International which includes QBE European Operation and Asia has been made permanent, it follows the retirement of Colin O’Farrell at the end of 2020.