Thornton, which currently has three operating sites across the Republic of Ireland and Northern Ireland, specialises in property, casualty, energy, marine, engineering and jewellery claims, providing an end-to-end claims service for insurers, brokers, MGAs and corporates.

Davies Group intends to combine its existing Irish claims business with Thornton’s, extending its claims adjusting and TPA prowess for both international and Ireland-based clients. 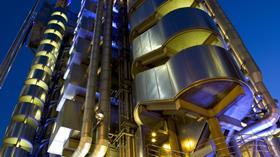 John Eves, current chief executive at Thornton, will accept a new role as chairman in Ireland, while Thornton senior executive Conor Kennedy will take on the new chief commercial officer in Ireland role, leading client relationships and growth. Kennedy will report to Haran.

“These are exciting times for our business. As we bring our two teams together, we can offer a deeper range of specialist skills to our mutual clients, as well as having an exciting and highly compelling story to tell new clients too,” Haran said.

Davies has been on the acquisition trail since Canadian investor Alberta Investment Management Corporation (“AIMCo”) took a minority stake in the business at the beginning of the year, alongside majority investor HGGC.

The investments aim to support Davies’ international expansion and continued digital transformation; in line with this, Davies formed a North American claims solution business this year.

Globally, Davies Group now partners with more than 500 insurance businesses in the UK, Ireland, Bermuda, Canada and the US.

Dan Saulter, group chief executive at Davies, said: “Having gotten to know John and his team over the past few years, I am delighted that we have been able to bring Thornton and Davies together. The Thornton team have an excellent reputation in the Irish market and bring a wealth of specialist skills, knowledge and technical expertise to Davies.”

Eves added: “I am delighted Thornton Group will be joining Davies, and to be part of the exciting plans for the future.

“The deal will offer our team great opportunities for their personal development and career progression, and we look forward to working with the wider Davies group and continuing to support our loyal clients.”