This will also see Gary Fitzpatrick become the new chief commercial officer, as Davies expands its 2021 string of senior hires.

Meanwhile, current Keoghs chief executive, John Whittle, will retire after 30 years at the firm, having led the deal that saw Keoghs join Davies Group in March 2020 having bought the business in January. 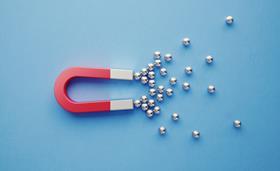 Saulter said: “I am also thrilled that once again we’ve been able to promote internally; investing in our people and giving them opportunities for career development that is central to our success.”

Early this month, Davies announced a new shareholder, with BC Partners taking a majority stake in the business, to support Davies’ next phase of international expansion and digital transformation.

Initially, Carr joined Keoghs as a solicitor in 2002 and has held various senior operational and leadership roles in the firm, most recently as chief operating officer.

Fitzpatrick, who has more than 20 years service at Keoghs, in various senior executive roles, played a key role in developing the firm’s long-term growth strategy.

In his new role, Fitzpatrick will bring together the commercial, client service and growth strategy for the firm, including working with colleagues across Davies to deliver end‐to‐end solutions.

Earlier this year, the professional services and technology business also appointed Emma Wedderburn as chief human resources officer, Dene Rowe as chief marketing officer and Darren Coombes as deputy chairman as it aims to further strengthen its global leadership team and continue its expansion and investment in technology and innovation.