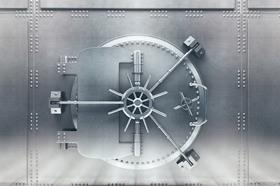 SM Commercial was founded in 2006 and – like DCJ – is based in Chesterfield, Derbyshire.

Its founder and managing director Steve Higgins will remain with the business under its new ownership, along with all current employees.

The deal has received regulatory approval and represents the third acquisition for DCJ since it became part of GRP in 2018.

He added that he was “looking forward to working alongside Steve and his team to help them take the business to the next stage of its development”.

Breeze explained that the group retained an appetite for further acquisitions.

Higgins added: “Everyone at SM Commercial is excited by the prospect of being part of a bigger family and I’m excited by the opportunity to make a step change in the scale of our ambitions for the future.

“As part of DCJ, with the extra leverage provided by being part of GRP, we will be in a great position to support our clients as the economy emerges from the pandemic.”

Independent insurance intermediary GRP was founded in 2013 and comprises of a retail division, brokers, an underwriting division and a network – also recognised as Hedron Network.