The deal provides ’a great platform to spread well beyond our Derbyshire roots’, says DCJ boss

Founded in 1976, Real Insurance is a commercial broker based in Mansfield that provides a range of commercial insurance options, including business insurance, property owners, motor trade and manufacturers.

The broker was originally a member of Hedron Network, which launched following the completion of GRP acquiring Marsh’s UK Networks business earlier this year (February 2021).

Stephen Ross, head of M&A at GRP, said: “Offering brokerages an option to create value from their work via a sale was part of the rationale behind our deal to buy Hedron Network, so I’m especially pleased that we have brought Real Insurance across the line so quickly to be part of DCJ.

“A number of other network members have reached out to us to discuss alternatives, which I hope will translate into further deals during the next few months, either through our hubs or as standalone acquisitions.”

Considering the acquisition, there are no plans to move Real Insurance from its current location - it will continue to serve its customers in the East Midlands. 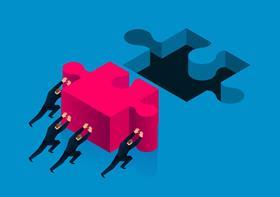 David Jones, founder at DCJ, added: “Real Insurance is a very well-established business in Mansfield and, building upon our recent transaction of Lincoln-based J E Sills, the deal represents a significant increase in our footprint across the East Midlands.

“This is a substantial acquisition for DCJ, as Real is a quality business and it will give us a great platform to spread well beyond our Derbyshire roots.”

Real Insurance managing director Steve Taylor, who will continue to run the business under its new ownership, said the opportunity for the acquisition came “at a really good time for us”.

He explained that his fellow vendors, Paul Mason and Helen Mason, wanted to exit the business, while he wanted to evolve it into a new phase of growth.

Taylor continued: “I am hugely excited by the prospect of working alongside David and the DCJ team to further build our presence in the East Midlands.”

Founded in 2013, GRP is one of the UK’s largest independent insurance intermediaries, which operates retail broking, specialist MGA, network and Lloyd’s businesses.

The group aims to acquire businesses, teams and portfolios that have niche, non-commoditised, speciality propositions with strong profitability.