DLG attributed this improvement to “strong growth in commercial and Green Flag Rescue of 12.4% and 9.2% respectively”, which “was offset by lower premiums in motor and travel”.

The insurer is also adopting a positive outlook in terms of achieving its medium-term target for combined operating ratio (COR) – normalised for weather, it plans to hit the 93% to 95% range.

It said: “For 2021, following lower than normal claims frequency in motor and strong prior-year reserve releases, we continue to expect a combined operating ratio in the range of 90% to 92%, normalised for weather.” 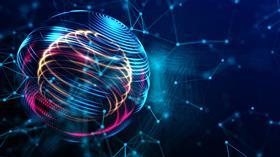 The insurer said it is focused on pricing for claims severity inflation – something it believes is not reflected in the broader motor market.

DLG calculated that “claims severity inflation was slightly above our 3% to 5% medium-term expectations” mainly because of “inflation in second-hand vehicles, which impacted total loss settlements”. However, the insurer’s “in-house vehicle accident repair network allowed us to partially mitigate this”.

With motor claims frequency trending as DLG expected, the company said it expects its “motor current year attritional loss ratio in H2 to return closer to underlying 2020 levels of around 79%”.

The insurer noted that the home insurance market “became increasingly competitive during Q3, particularly in the price comparison website channel as we approach the implementation of the FCA pricing practices review” on 1 January 2022.

DLG added: “The group experienced weather event claims in Q3 of £7.5m in home and £9.5m in commercial. Year to date total weather events are estimated at £20m compared to our annual budget assumption of £69m for 2021.”

Within its update, DLG also confirmed that it is continuing its digital transformation work – initially implementing motor technology, the firm added that it is now concentrating on “extracting the benefits from this new capability”, such as “embedding and honing of our new motor platform”.

The insurer is also striving to combat climate-based challenges by “providing customers free access to a bundle of electric vehicle-related services, including discounted home charging installation” as well as “launching [a] Supply Chain Sustainability Programme”.

DLG added it is “on track” to meet the FCA’s next pricing reform deadline too.

Speaking on the results, DLG chief executive Penny James said: “We are pleased with our Q3 2021 trading performance. During the quarter, our direct own brand policy count grew overall while stabilising in motor.

“We have made strong progress in executing our strategy and have begun to see improved pricing competitiveness in motor as a result of the capability delivered by our new platform.

“We are also on track to implement the FCA’s new pricing practices regulations at the start of next year. Whilst market pricing in the first few months of 2022 is likely to be volatile as the market resets, our brands, customer focus and diversified business model mean we remain confident.”

Karl Morris, director of financials at Edison Group, added: “DLG’s expense ratio remains on track to hit 20% or better in 2023 driven by digitalisation and other initiatives, which should underpin confidence in the medium target COR range of 93% to 95%.

“Interestingly we note that the company has not disclosed its solvency ratio that was 195% at H121 (target range 140% to 180%), but we expect that this will have remained at the top end or above target range that should support its sector leading yield of over 8%.

“In general, sell side analysts remain bullish on Direct Line despite the shares being down 11% to £2.88 year to date. This compares to the wider UK FTSE 350 non-life index, which is down 5.3% respectively.

“Clearly growth prospects are a concern for some, but the defensive business model and strong management team suggests a decent risk reward profile.”